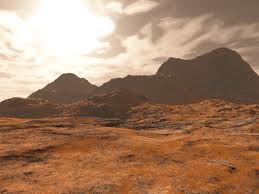 It should’ve taken 40 days to traverse the wasteland from Egypt to the Promised Land, but instead it took 40 years for the Israelites. A lack of GPS was not the problem. The problem? Grumbling.

Grumbling and ministry are a noxious blend. Because of grumbling, the Israelites ticked off God so bad He punished them, sent plagues on them, swallowed some of them up in the Earth, and finally sent them back into the desert for 40 years.

Their grumbling may have been justifiable. They were formerly slaves, so their education and cultural level was low. They behaved like what they were, not what God had made them. They refused to release their clutch on the past. So we make a case for comprehension.

Be that as it may, the bottom line is that their grumbling derailed them from the destiny. No matter how justified you feel for grumbling, don’t do it. You could get stuck in the desert.