The BIGGEST EVER next big thing 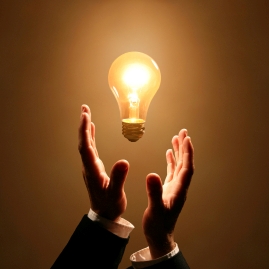 The biggest ever NEXT BIG THING rocked the market with its appearance 2,000 years  ago. This teknon, this logos, totally revolutionized the world, and there has been no turning back. Consumers rushed to get it, but because retailers refused it, they snapped it up mostly on the black market.

Then as unexpectedly as it

appeared, the phenomenon died — though only for three days. When it came back, it exploded with unprecedented growth. Jealously guarding their monopolies, competitors unleashed law, courts and mafia-like hardball to successfully drive it underground. Still it prospered.

The old systems were hopelessly outmoded. Who would want to limit himself to the mainframe in Jerusalem when now anyone, anywhere, anytime could have immediate and personal access? 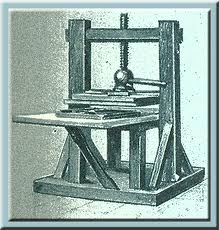 It made forgiveness of sin just too easy. Who would want to sacrifice an animal for every stinking sin? Inferior models were even subsequently offered, but who wanted them? They actually made forgiveness harder to attain.

This big thing had free apps that weren’t advertised. Not only did consumers get Heaven, they also discovered it brought

abundant life. Forget about talking to Siri; you could now talk to God. As for directions, it helped you navigate the quickest route to happiness. It had an app for a satisfying marriage, a joy-filled life, a purposefulness, wisdom.

Better than social media, it brought you live friends (in the church), people who liked YOU, not just your posting or your tweet.

Do you remember this next big thing? It was Jesus. And He has never been replaced by a newer big thing. He is still just as good as 2,000 years ago. You won’t find Him at the Apple store. You’ll find Him in a simple prayer of opening your heart to Him.