Fall into God, not into sin 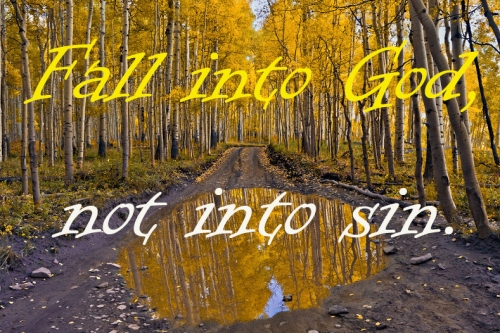 We need both stop and go

People want only go. They want a green light for sin. But the reality is that you can’t have go without stop. Otherwise, you’ll crash your life.

The Bible is NOT a list of DON’Ts as is so often alleged. To the contrary, it is a guidebook of how to live your life with happiness and success and make it to God’s Heaven.

There’s no use fighting against each other. 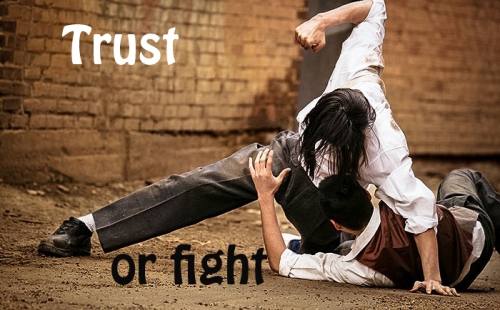 Jacob had issues with trusting God

He couldn’t trust God with his future. He had to assure it for himself. God helps those who help themselves. — Doesn’t the Bible say that?

So he took advantage of his brother to wheedle out of him the birthright. Then he impersonated his brother in front of his blind (and probably half deaf) father to steal the blessing.

When he runs away, Jacob cuts up wooden limbs into stripes and spots to again try to assure his future when he’s going to be paid wages of striped and spotty animals. (Jacob does this because he’s a master geneticist.)

At every point along the way, the grandson of the father of the faith has none himself. As a result, he misses his mother’s funeral, never has a good relationship with his brother and reaps what he says. His uncle Laban swindles him like he swindled others.

Not until he’s a wit’s end does he start to trust God. Not until there’s nothing left that he can do to save himself. Esau, his brother, corners with 400 Special Forces in the desert. Jacob can’t fight, can’t run, can’t hide.

Then and only then, he prays a real prayer, and God shows Jacob why he should have trusted Him from the beginning.

How much pain and suffer would he have avoided if he simply would have trusted God from the beginning? You too, maybe?