The ancients were right: Pandora’s Box

Pandora was given an irresistible temptation: Whatever you do, don’t open this box. Of course, curiosity got the best of her, as it does with us all. Out flew all the evils of the world: hate, greed, envy, murder, etc. When she realized whas was happening, Pandora struggled to close up the last demons in the box before they flew out, but alas, it was too late. 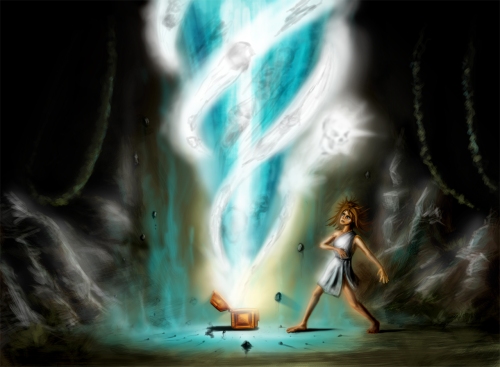 Last to struggle out was a misfit among rogues: Hope came out. So as the Greek mythology goes: With evil, comes suffering, but humans can look up with hope for better days. The story so resonates with humans.

Obviously, I adhere to the Creation account of Eve and the apple. But I see in the Pandora version a universal questioning. Ultimately, I believe that if you’re sincere, such questioning will lead you to merciful and loving arms of the Father.

The devil’s a pawn shop owner

At the price of your life, he gives cheap thrills.

They’re not even the true value.

Then Jesus comes, if you want, and buys your life back at the full price.