Bible (and) belts in boxing: Chris Van Heerden’s rise in the welterweight 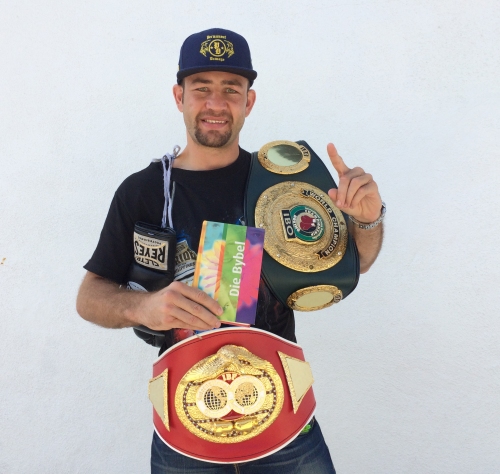 He wasn’t supposed to get anywhere near a boxing ring. Because doctors operated his kidney at 3 months of age, Chris Van Heerden was strictly forbidden from contact sports.

But his dad was a boxer and believed God would heal his son. It seemed natural for his father to train him in the sport of gloves. So today, Van Heerden, 27, is the current holder of the IBF International welterweight Title. He beat on points the previously undefeated Cecil McCalla at Madison Square Garden on Jan. 9, 2015.

He may call himself blessed when he loses, but he sure has won a lot. Starting on his native continent, he now holds a record 22-1 (and one draw) including three fights since he’s come to the U.S. His only loss was in Serbia. Eleven of his wins were by knockout. Read the rest of the article: Christian boxer. 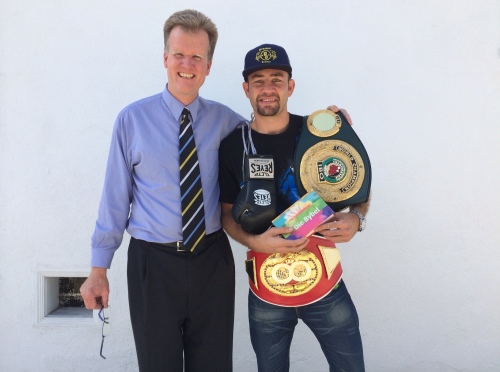