When you stop hating 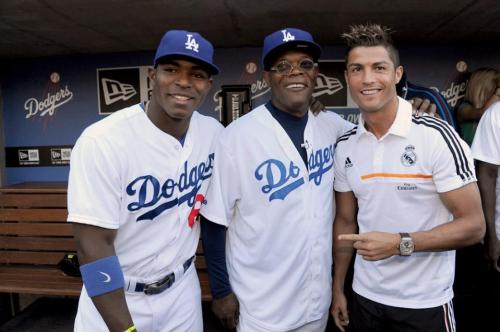 I’m gonna have to stop hating Cristiano Ronaldo. He had everything for me to hate. He played for my team’s greatest rival, Real Madrid. He was so vain; he would always watch the replay. He bragged about how people were always envious of him because he’s so good.

But then he started to change. He donated money to help a kid with a surgery. He grew humbles, stopped watching himself on the replay in the stadium.

Then he announced he’s coming to the L.A. Galaxy, my city, when he retires from Spanish soccer. I’m gonna have to like him now.

I’ve found something I really like at McDonald’s. Ronald McDonald and crew always got my harshest rants against unhealthy food. But my dad took me there, so I couldn’t complain. And — surprise! — I liked the clubhouse hamburger. Uh-oh. No more bashing on the golden arches. They’re improving.

A lot of my friends hate God. It hurts my heart. But they really don’t hate God. They assume He doesn’t exist. What they hate are the mistakes of Christians. In many cases, what they hate is misrepresented stories and untruths about Christendom’s path. One friend went so far as to say that Christianity was a bloody religion. My, my, my. If only she knew the truth. True Christianity has eradicated bloodshed around the world. But there are many university professors who have nothing better to do than to misconstrue history.

Are you running from God, in pain from failure everywhere but insistent that the gospel is NOT the answer? With Cristiano Ronaldo, with McDonald’s, I’ve had to do an about face and like what I hated. You might be surprised about how wonderful God’s love truly is.

Part of coming off 16 years of the mission field means I have been able to dedicate more time to my kids. My youngest son, made three goals in one-fourth of a park soccer game. He was unstoppable. Opponents didn’t know how to defend against him. He never failed a shot.

For some reason, coach has put him on defense in previous games. In the meantime, Hosea has been training with a club team, on which he just was accepted. He’s getting fitter and sharper. Coach missed Sunday’s game, so an assistant tried him up front, and he was quickly deadly.

This was a huge thrill for me. To be able to see my kids play and succeed, to be a dad, is exhilarating.

Still, worship at the evening service was even more exhilarating.