My son tore his ACL playing on turf, so I totally understand Abby Wambach’s complaint about having to play on turf at the Women’s World Cup.

But when she blames lack of goals, her lack of commitment, on the turf, then I’m ready to fire her.

Good thing she “committed” in the only goal the US scored against Nigeria yesterday.

Soccer was designed to play on grass, but turf is much easier to keep. I can understand why Canada, with snow and rain, would opt for turn.

Turf doesn’t “give way.” So my son’s cleat got stuck, causing my son’s ACL tear. And when you tackle or fall (from doing a header), it’s much harder. Wambach had said: I don’t lay out and commit to those headers and that’s why they glance off my head rather than me contacting them. For me, I definitely think that the U.S. has more goals if we’re playing on grass.

But of all the women playing on turf, only Wambach whined. Someone even said that, if they had to play on concrete or dirt, they would give their all. This is for country. The Women’s World Cup is only once every four years. You have been selected to represent your country out of tens of thousands of female soccer players. You had better give your all.

Could you imagine what would happen if our soldiers took the same attitude? Aw sarge, I don’t want to charge. It’s dirty out and the rocks hurt. There’s too much dust. I can hardly see. 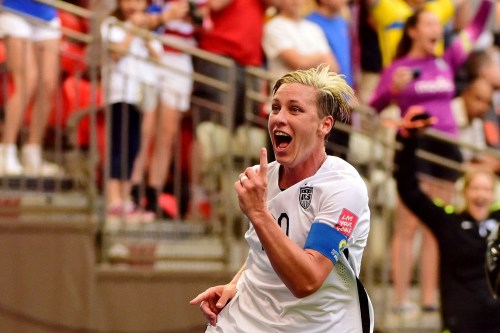 Of course, we would all love perfect conditions. But if — as they say in Guatemala — you’re going to put on a pretty pink bow and demand your entitlements and not perform at full capacity, then it’s time to replace that player.

On Wednesday against Nigeria, Wambach calmed pundits who were up in arms. She scored a stunning goal on a cross. It was enough to win.

If we don’t allow excuses when you play for country, how much more so when you “play” for God? Maybe not all is well, but you can give your all to God.