A fallen hero raises other heroes 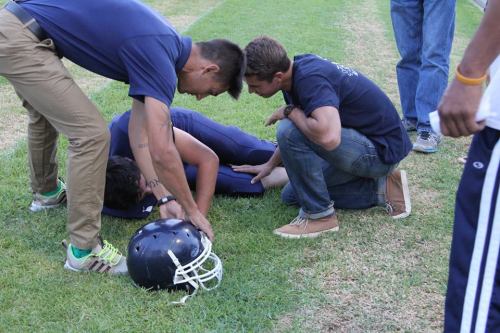 This is my son. Thank you for praying for him.

Yes, Lighthouse slumped to its third loss in the football season Friday against Ribet Academy (42-44), but if you looked below the surface, something more important was going on, something victorious. God was at work, and the 11 kids who took to the field left it with their heads held high.

Senior Rob Ashcraft (yes, that’s my son) was taken out of the game on the first kickoff. Without their strong all-terrain player (he plays fullback, running back and wide receiver on offense, right end on defense), the team needed somebody to step up and fill the void. 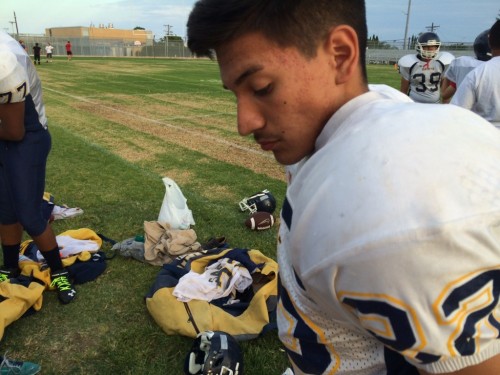 And that’s what happened. A125-pound sophomore Alex Cervantes emerged as more than the timid team member who only played because he was pressured into it. In his heart, Alex is a basketball player. When it comes to football, he was pretty much scared of the big thrashers.

But on Sept. 11 against Ribet, Alex came up with a couple of touchdowns, a number of receptions, a key interception and a tackle of a bigger after whom he kept scrambling and would not let go.

Part of the team may be an understatement. Among the 60 Lighthouse fans in the bleachers, many were shouting out his name for his gridiron heroics. “I felt good about myself,” Alex confided. 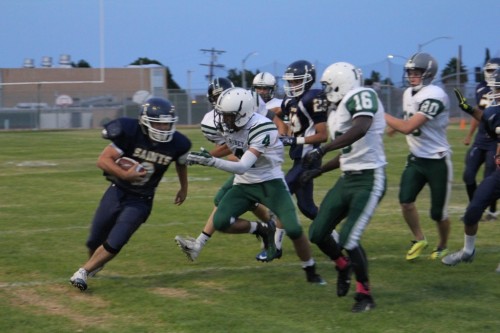 If the truth be told, the Pacoima native has suffered something of an inferiority complex and wondered if he could ever fit into the private school from upscale Santa Monica. In one game, Alex shot up from “outsider” to hero status.

This is more than everybody’s-a-winner gibberish. Of course, the Saints long to win games. But if we look at other factors, it’s hard not to see how God is doing what He wants to do. And if the ultimate goal of Lighthouse is to bring souls to Christ, we have to conclude that we are winning. Find out more how Lighthouse is rescuing at-risk youth with studies and sports.