For Christmas, I want your forgiveness 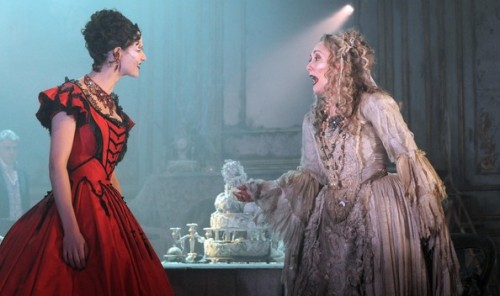 The altercation between Estella and her adopted mother.

The fact that I’m 48 doesn’t make me any smarter or wiser than my high school students. It makes me more experienced, particularly in the area of mistakes. I’ve committed more errors than these kids by simple abundance of years.

Of all my sins and guilt, the thing I regret the most are the sins (errors) I committed against my children. I offended my parents rather nonchalantly. I offended my brother and my spouse. But what hurts the most is the conscience of wrongs done against my kids. 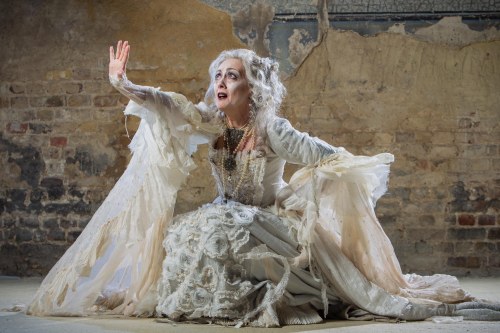 Can my children forgive me?

Miss Havisham moans as she wanders aimlessly around her estate in Charles Dickens’ Great Expectations. She has lost her only love, the love of her adopted daughter, whom she sought to protect against jilting love by making her incapable of love. Call it karma, but the girl who cannot love turned the lack of love against her adopted mother.

So she moans. Her life is now meaningless. Can we forgive ourselves for the wrongs done against our children? Can they forgive us? The cycle of victim-victimizer can only be broken by forgiveness. 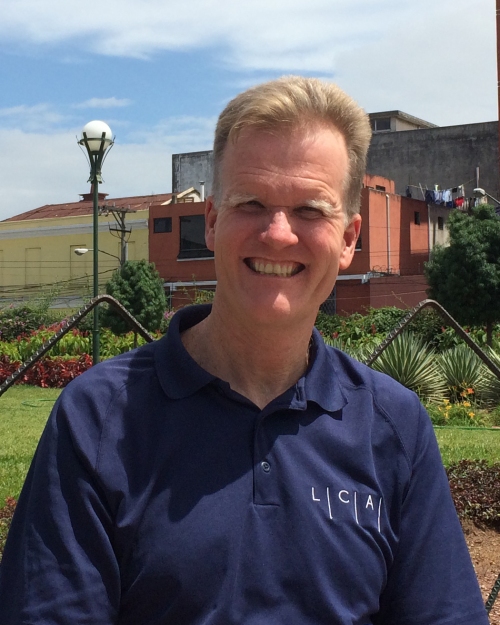 Almost always, the end of the book concludes the story. There is character and theme development that only makes complete sense when you get to the final chapter.

This is acutely important with the Bible: Jesus is the conclusion of the matter. He is the “new covenant” prophesied by Jeremiah. With Him, significant portions of the Old Testament hit their expiration. Hence, Christians no longer offer animal sacrifice nor observe dietary prohibitions.

And they don’t massacre. In fact, Christ told his followers to turn their cheek when struck, to pray for their enemies, to not resist their enemies. Inaugurating the new covenant, Christ’s followers suffered endless persecution at the hands of the Romans. They were mauled by animals in stadiums and held worship services in the catacombs. If Christ was a revolutionary, his was not an uprising with arms.

It seems a lot of observers are giddy with the trick video making the rounds in which Christians are first told their being read a passage from the Koran. They condemn “oppressive” religion. Then the trickster shows his hand: Sorry, the passage was from the Old Testament. I guess they think this is proof that all religions are equally evil.

I’m not surprised that a lot of Christians don’t know their Bible well enough to recognize the cited passages. They don’t have to. We are saved by faith, not by holding a degree in Bible knowledge. If these Christian sound outraged by the passage, it is because it resonates with the horrors of the news perpetrated by Islamic extremists.

It doesn’t resonate with the practices of Christianity. We get people out of alcoholism all around the world. We build hospitals, care for the untouchables, staff schools for inner city kids. We don’t wage wars; Ephesians specifically proclaims: We don’t have struggle against flesh and blood. The crusaders were motivated by money, always the true cause of war. If they did have some vestige of Christianity, it wasn’t authentic to the Master who sent his disciples out two by two to preach, heal and free people from demonic oppression.

The trouble with this video is it’s complete lack of sincerity. I’m sure its producers are not so ignorant of the simple truth the end of just about any book is the dramatic conclusion. It would be completely senseless to cut off the end of Hamlet, Farewell to Arms or Moby Dick. The story would be meaningless. So why are they filming Christians who know the end but mess up middle details? Surely, the videos producers cannot be so stupid.

I’m afraid it’s just another shameless attempt to shame Christians, to degrade our faith, to try to make all religions equal. If you want to expose the evil of a religion, don’t ask the guy on the street. Ask the experts. And don’t pull pranks on unsuspecting people that you wouldn’t want pulled on you. 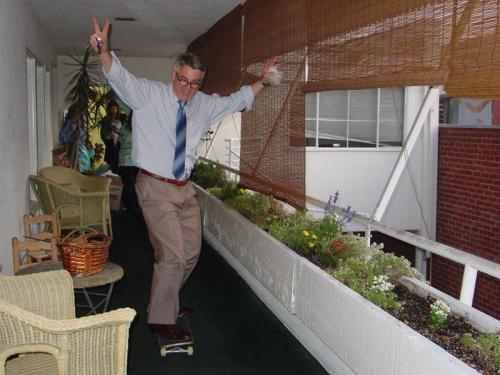 His charming video on how to get a 1-month-old to stop crying hit 14.5 million views in little more than a week. It got picked up by Inside Edition, Mashable and True Feed. From there, the Huffington Post featured it. It moved to Buzzfeed and USA Today and was topping Reddit. Now, Dr. Bob — as locals affectionately call him — will talk on the Dr. Oz Show.

“This is where God has put my wife and me and where we were meant to labor,” Dr. Bob said. “We have seen good times and challenging times. We have seen triumphs and heartbreaks.”

Dr. Bob has also led medical missions for over 20 years to Africa, Kyrgyzstan and Central America. Lighthouse Medical Missions have brought doctors and free medicine to some of the remotest parts of the planet on about 25 separate occasions through the decades.

Early on, Dr. Bob was especially impacted by what he saw in Sierra Leone, once the world’s second poorest country according to United Nations rankings. In post civil war time, there was appalling need unmatched by the nation’s scarcity of doctors and medical infrastructure.

“I am haunted by the image of a woman beating on our car’s window as we departed our compound en route to the airport,” said the owner of Pacific Ocean Pediatrics. “The mother was pointing to her son with a huge abscess on his leg. I thought, We need to get this kid antibiotics. But we were late and we couldn’t stop.”

He broke down in tears. Did the child live? He felt compelled to return to Africa. 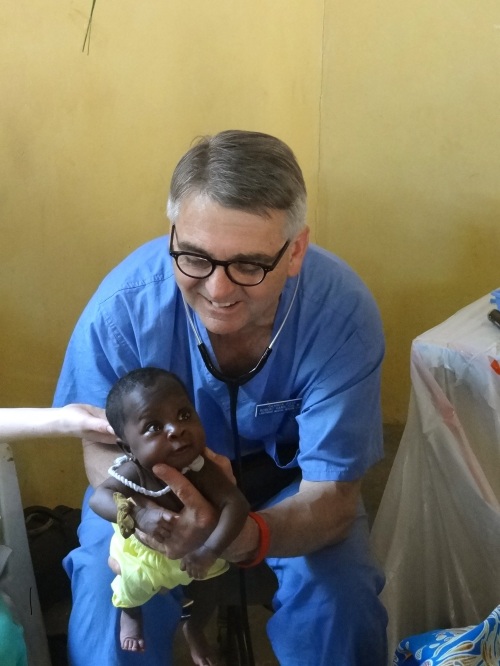 To help where need is great bestows its own rewards. It has added to an already enriched life. He is happily married to Leslie Hamilton. They both have six kids and six grandchildren.

His daughter Noel also studied to be a pediatrician and now works alongside her dad in his business on Santa Monica Blvd across from St. John’s Health Center.

Lighthouse Medical Missions (LMM) has raised hundreds of thousands of dollars for its medical missions. They take all their own medicine and equipment. They have built four schools/ churches in Sierra Leone – in Lungi, in Lunsar, in Jui, and in Kenema. Two full-scale water projects have been funded.

Dr. Bob, a born-again Christian since age 13, attends the vibrant and historic Lighthouse Church, from which he borrowed the name for his medical mission. LMM is open to just about anyone going and donating, even if they don’t share the Christian values of Dr. Bob.

Dr. Bob studied his undergraduate at U.C. Davis, where at age 20 he also married his childhood sweetheart. Then it was off to UCLA Medical School.

Regarding his fund-raising, Dr. Bob clarifies that money has flowed. “I’m pretty ambitious. But I’m NOT that ambitious about Africa. God has brought the money in. I’m not breaking people’s knuckles to give to Africa. It’s amazing what God has done.”

His latest venture – into the online world – started as a rather unambitious attempt to help parents calm fussy babies. He recruited talented film-makers from the Lighthouse Church and posted it on Sunday. Several church members shared it on their social media.

Dr. Bob – whose wildest dream was for 10,000 views – was disappointed with only 80 the day after posting.

But somebody of influence spotted it and re-posted it. It exploded like a nuclear bomb: by Tuesday it had 570,000 views. The next morning, 1.5 million. At last check last night, it hit 8.7 million.

“This is just phenomenal,” said a surprised Dr. Bob.

Meanwhile in his clinic, he’s prescribing to stop viruses.

*Picture: Rarely does Dr. Bob skateboard outside his office. Note: Since I wrote this article for the Santa Monica Patch, I am including it here on my blog. I hope you enjoy.