Another ‘suicide’ of Christian soldier in Egypt’s military 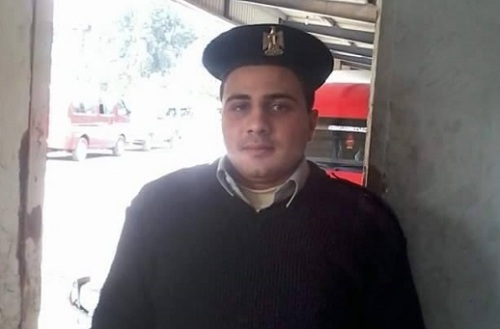 Egypt’s largely Muslim military ruled that the mysterious death in 2015 of a Christian soldier within their ranks was a suicide, despite clear signs he was murdered, his family said.

It was the third questionable death of a Christian within Egypt’s military in the last year.

Bishoy Natei Kamel, 21, was bullied in his unit to the point he could stand it no more and stood up for himself. The ensuing fight resulted in his being jailed and put on trial, but before the outcome of the trial, his family was notified of his suicide and called to bury their son, according to the World Watch Monitor (WWM).

“His body bore signs of torture and extensive violence,” his father told WWM. “His forehead was protruding from swelling. He had an injury to his nose, clear bruises under his arm, his right ear and his right cheek, and other bruises to his back and abdomen.”

Natei Kamel rejects the official version that Bishoy hung himself in his cell and he has hired a lawyer to push for an investigation, but such legal wranglings generally do not go far in Egypt, which is officially a Muslim nation with 88% of population following Islam.

Bishoy’s case punctuates a year of violence perpetrated against Christians in the Egyptian military. On June 24, 2015, Private Bahaa Gamal Mikhail Silvanus, 24, received two bullet shots that killed him at his Air Defense Unit in Suez. His death was classified a suicide, WWM reported.

Read the rest of the story.