The author, left, is a student in my World Literature class and completed this article as an assignment

The first time Brenda Liu and I, students from China, surfed and felt the crash of the waves, we thought we were going to die.

“I was so scared,” said Brenda Liu. “The big waves almost killed me. I saw how the big waves could whirl people away.”

I am from Yunnan, a highland in Southern China. I had only seen the sea in pictures and video before.

The sea exercised a wonderful attraction over me. I love the sea and swimming. I like surfing, even though I am not very good at it. So when I enrolled at Lighthouse Christian Academy in Santa Monica, I opted for surfing elective. Actually quite a few of us Chinese foreign exchange students took the class, which in the Fall semester had seven students. 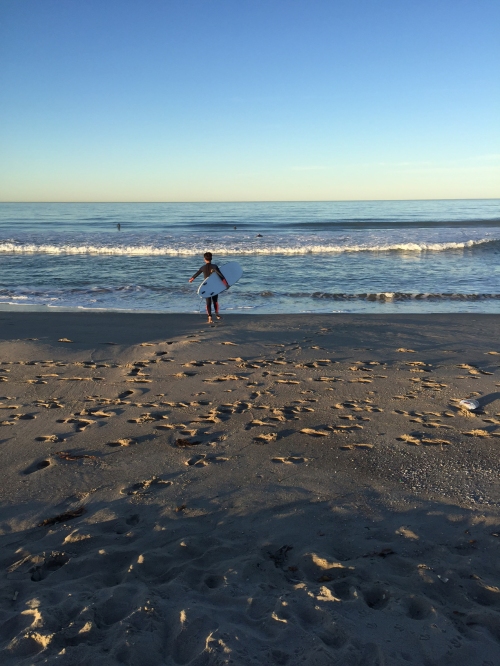 Brenda agrees with me about surfing. “I thought: ‘I am young. I should try something new and different and keep learning,’” Brenda said. “I knew how to swim and snowboard, so I thought surfing would not be so difficult.”

It turns out it WAS difficult for us international students. But it is fun.

“At the beginning, I was so excited and felt that I was going to do something very marvelous,” Brenda said. “I was surprised by how the sea is really salty. I basically didn’t even stand on the board the first time.”

Even though at our first outing we didn’t surf too spectacularly, we did see a dolphin, something we had never seen before. “That was the most interesting thing,” Brenda said. Read the rest of the story 美国留学.