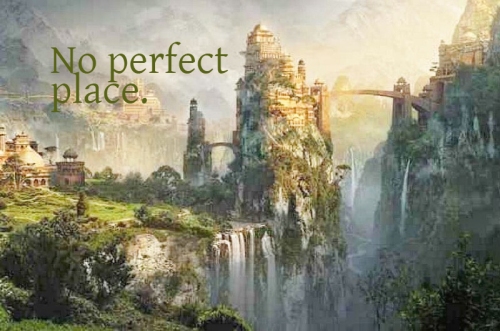 At times, it’s good to remember that as much as we strive to bring Heaven to Earth, this is no Shangri La. We Christians are a poor reflection of the love of Christ — and His forgiveness.

The humanists have accused of us trashing Mother Earth because our worldview tells us Heaven is our permanent dwelling. Actually, I’m somewhat of an environmentalist myself. But it’s important to note that the greatest utopias have produced the worst hellholes. In the name of achieving unity, harmony and perfection specifically without God, the atheist leaders around the world have killed:

The next time someone spills bile about Christianity’s supposed culpability for Crusades (1 million over 177 years) or the Spanish Inquisition (1,250 over 350 years). If people would study the facts without bias, there would be a lot less finger pointing at the religion that has freed people more than anything.

The human heart longs for a Shangri La, but human efforts to establish one here on Earth have failed horrifically.

5 responses to “No Shangri La”