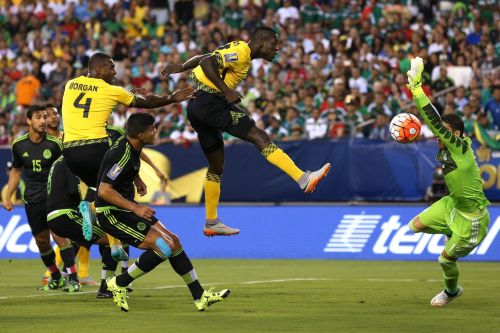 Ah, the ups and downs of staring a work for God. I was wondering where the people were yesterday at my home Bible study. The one family that started suddenly disappeared. I just prayed for the full hour for everybody in the complex.

Afterward, I saw my neighbors and discovered the problem: Mexico was playing Jamaica in the American Cup. No wonder they didn’t come!

In my younger, more insecure days of pastoring, I would’ve prepared a message on not making an idol out of anything. This time, I took the Bible study snacks over to their place and watched the second half.

Actually, the same thing happened to the school in Guatemala. About one-third the school would miss on certain days, and I never could figure out what was happening. This was before I started to get into soccer.

Later, I took up soccer as a stress-buster. The disciples were passionate for Barcelona, so I got hooked on the team. They taught me about the history, the personalities, the techniques. I grew passionate about it.

So then we would show the Champions League finals at the school. Why not? It’s better they miss just two hours of class rather than the whole day.

… then too, I learned that sometimes, some of God’s biggest business is not transacted during the church service. I saw how one brother finally committed to marry his common-law wife at potluck. Seven sermons didn’t do what shmoozing and food did.

As Christians, we are about people, not programs. Our job is to get people in to Heaven, not into church. Church just happens to be the easiest way to feed the word to as many people all at once. But church time is no more sacred than any time. And God is not limited to service time to act.

By all means, bring the people to church. And if you can’t, bring God to them outside the church. This is what the Valley Boy Pastor is doing in Van Nuys.