The extraordinary summer of ’16 for the #ValleyBoyPastor 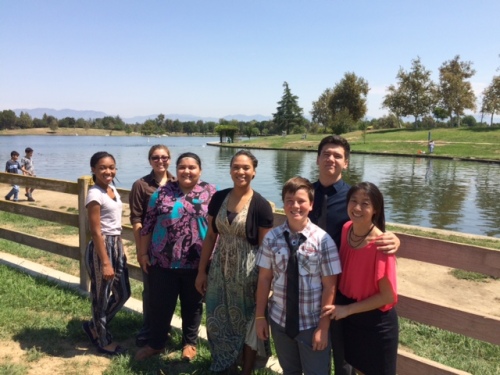 The church on Lake Balboa in the San Fernando Valley

By every measure, this summer has been huge! Not only did I move and start a church, but we got a church — attending members, like out of thin air. When God smiles on a man, it changes everything.

Some of you may know I’ve been moping along for six years since my missionary stint in Guatemala was over. Like the India Maria, I was neither from here nor there. I tried to help out in my parent church but couldn’t do much. I longed to launch out again.

Suddenly, the doors opened. They needed an apartment manager in Van Nuys, now known as the Promised Land. I would start a Bible study and patiently work for organic (read: slow) growth. I was in no hurry. I would let God do it in His time without becoming agitated.

Then the week after I was re-ordained at the Tucson Door Church (Christian Fellowship Ministries), I got a call. A nearby church was closing, and would I mind if its members came to my Bible study?

After I got up off the floor, I said, no, I wouldn’t mind.

Since then things have been going much faster than I could ever imagine. They wanted to start Sunday services. I am applying for a school auditorium, but that’s not fast enough. So we opened in the Anthony Beilenson Park at Lake Balboa Sunday at 10:00 a.m.

Now school is gearing up, and I look back over the extraordinary revival and blessings in ’16. Wow and hallelujah.