Somebody has to die 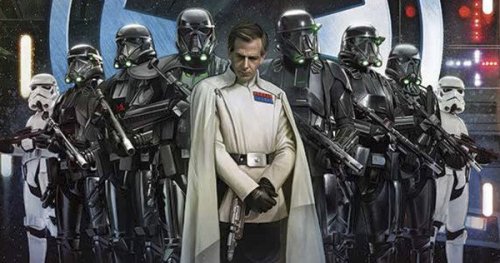 I was shocked and pleased when Disney killed Hans Solo. I would’ve thought they lacked the guts to kill off such a beloved hero. But it made the plot 100 times more credible and compelling.

Now in Rogue One, Disney (spoiler alert) decimated all the good guys. They all had to sacrifice their lives to get the plans out of the Death Star to expose its structural weakness that could be exploited to destroy it. This is the backstory to the first Star Wars film.

Such willingness to script stars out of the franchise reflects reality and distances Disney from its sanitized fable fodder (and everyone lived happily ever after). Without sacrifice, nothing of good is accomplished.

Jesus sacrificed Himself. I’m sure He really didn’t want to go to the cross, but He did — and thank God for it. I would never find salvation under the impossible Old Testament system of animal sacrifice for every sin. Yup, me, hell-bound.

So this sacrifice stuff is inspirational, if not tidy. It might your tyke cry. But it teaches a valuable lesson. When I went down to Guatemala, I endured innumerable dangers and hardships — all to get the gospel to a needy people. Today’s Christians are too self-focused, too self-serving, too self-pleasing. Oh, they’ll throw a prayer and an offering (out of their excess cash) at world missions. But most of the time, they’re looking to minimalize personal discomfort.

In Rogue One, a lot of the characters excused themselves from the battle. They wimped out. That’s why the heroes called themselves “rogues.” They went against the council’s command to retreat in fear.

You are worth more.

$50 million is the sum Disney could collect on the insurance policy they took out on their Star Wars hero. It’s a handy profit on the heart attack. Disney will cast about for a look-alike, and it shouldn’t be too much of problem.

Did she realize that she was worth more than that? God took out a policy on her life — on my life, on your life — that cost the life of His Only Son on the cross. That’s way more than what Disney fetched for Princess Leia.

Don’t marvel over the money machinations of the mega corporations. Marvel over value in God.