Bone regeneration in lab is breakthrough for Israeli scientist

A bone graft is usually invasive, costly and risky, but now an Israeli biotech firm has invented a lab-grown bone injection that could make the procedure cheaper and more successful.

Bonus Bio Group announced in December that bone tissue cultivated in their labs was successfully injected into the jaws of 11 patients in preliminary studies. Further studies are being launched as $14 million has been raised for the start-up, Jewish News Service reported.

“For the first time worldwide, reconstruction of deficient or damaged bone tissue is achievable by growing viable human bone graft in a laboratory, and transplanting it back to the patient in a minimally invasive surgery via injection,” said Bonus Biogroup CEO Shai Meretzki. 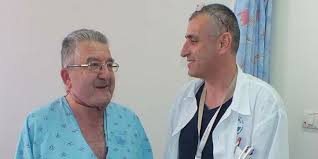 Bonus BioGroup harvested tissue from patients’ fat cells, cultivated it in the laboratory and re-injected the semi-liquid bone graft back into the jaws of the patients. The substance successfully hardened and merged with existing bone to repair damage during the early stage of clinical trials, Bonus Biogroup reported.

If further studies are similarly successful, the procedure could replace existing methods to repair bone damage. One method harvests the patient’s pelvic crest and is painful and expensive. Another method uses synthetic substances or cells from bone banks, which risk a rejection from the patient’s body.

“I was looking for a way to do it cheaper and easier for the patient and the medical system,” Meretzki said. “We are growing bone through small samples of fat tissue and isolating the different kinds of cells that we need to create the bone.”

Finish reading the article, which was written by one of my students at the Lighthouse Christian Academy in Santa Monica.