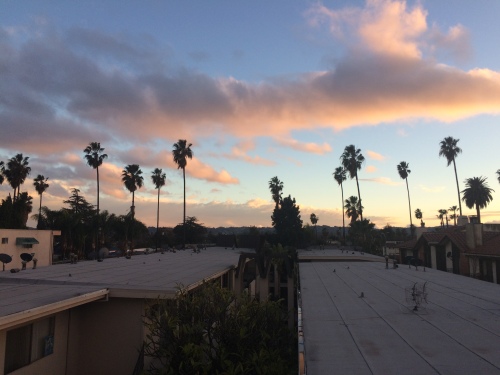 As apartment manager, I can get on the roof — no one else.

Maintenance duties oblige me to inspect. As a result, I’ve delighted by some of the most glorious views of sunsets and skies. I’ve witnessed beauty that can be observed at street level, at the level of the tenants. 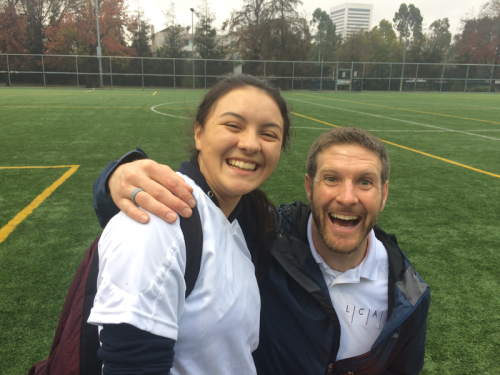 In her first year of soccer, Jamie Roman didn’t play in a single game. She sat on the bench and smiled.

In her second year of soccer, coach threw on the easygoing junior against the league’s toughest team, Einstein Academy, on Feb. 3.

And she almost scored a goal.

Jamie is no Tomboy, but she joined varsity soccer at the Lighthouse Christian Academy just to get involved. LCA coaxes kids to participate in activities they would never do in regular school. With only 45 students, the Saints scour their enrollment list to fill rosters.

“At first I just joined for my friends,” Jamie said of her experience last year. “Then I saw how fun the conditioning was — that pain in the moment. I wanted to see if I could run.”

She looked perfectly content with exercising and playing at practice — and being side-lined during games.

“I wanted to play last year, but I was shy and lazy, so I missed the opportunity to play,” she said. “I had a lot of good laughs on the sidelines. But it was kind of embarrassing that I would go to all the games and wear a uniform and not play.”

The 2016-17 season was different. A few players were disqualified because of grades, whittling down eligible players for the starting squad.

Sometimes high school coaches put their least experienced players as forwards because it’s the position where they can do the least damage.

(The defensive line is critical because once the opponent gets past, it’s just the goalie that can save the day. You want to fight and maintain position in the middle of the field. So where does the newbie go? Up front.)

In her breakout game, Jamie got offsides a kajillion times. She had to learn how pass the last defender without the ball and how to sprint into the danger zone as soon as her teammate struck for a pass to her.

“I was nervous,” she said. “I was so paranoid that I’d mess up. I was afraid they would yell at me if I messed up.” Read the rest at co-ed soccer.