Girl forced to marry speaks out against child marriage 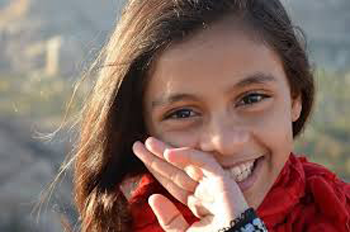 “I can’t live with them anymore. What have the children done wrong?” Nada Al-Ahdal asked in a video posted shortly after she fled in 2013. “I would have no life, no education. I’m better off dead. I’d rather die (than get married). They threatened to kill me if I went to my uncle. What kind of people threaten their own children? I won’t go back to live with them. They’ve killed my dreams. This is no upbringing. This is criminal, simply criminal.” 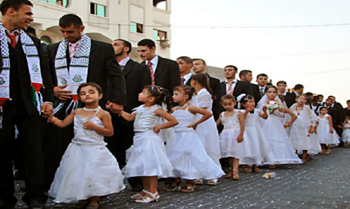 Nada fled to the house of her uncle, who took her in and agreed to raise her and make sure she received a good education. Nada filed a police report against her mother in her native Yemen. Her video hit 7 million views in three days, according to Wikipedia.

“I managed to solve my problem, but some children can’t solve their,” she said, according to MEMRI. “They might die, commit suicide or do whatever comes to their mind. Some children decide to throw themselves into the sea. They’re dead now. This is not normal for innocent children.

“My maternal aunt was 14 years old. She lasted one year with her husband, and then she poured gasoline over herself and set herself on fire,” she added. “She died. He would beat her with metal (chains). He would get drunk.”