3 abortions and then pro-life candidate? 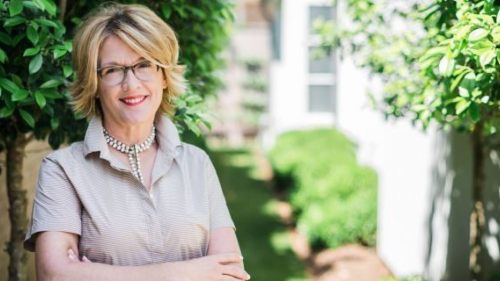 Her mom flagrantly committed adultery, inviting numerous men into the home. Her dad was drunk most of the time.

“Everything about my childhood was just lonely, it was hard, it was not what a child deserves to have,” she says on an I Am Second video. “I wanted a different life than the one I had. The course I was taking was a crash course.”

Today, Lisa Luby Ryan is an interior decorator from Dallas, Texas, who lost a bid for U.S. Congress on the Republican ticket in November 2018. She submitted to three abortions before coming to Jesus, repenting of her sins and then later running on an anti-abortion platform.

Only Jesus could straighten out the chaos of her life and heal her of the pain stemming from her childhood.

But with so much trauma and confusion derived from her upbringing, Lisa found it almost impossible to escape the sins of her parents. She dreamed of having a stable family but found she attracted the type of men who would take advantage of her.

“I continued to follow in the life of finding men who were abusive — what I knew, abusive alcoholics,” she says. “All I wanted was to be loved. But being loved for me was to have a sexual relationship. I was willing to do anything to have that.”

She met and married a man but left him for another.

“All of the things that I had promised and wanted to never do to my children, I was doing. I was repeating that behavior,” she says. “I felt dirty, I felt shameful, I felt guilty. I didn’t want the life I had, I wanted to be different.”

She felt like she had hit rock bottom, so she called out to the Lord. “Ok Lord, I’m going to just trust you, and I’m going to share the desires of my heart with You, and we’re going to just walk this out because You are all I’ve got.”

Two months later she met a man, Jay, whom she felt was sent straight to her from God.

“He loved me and he loved my children,” she says.

But God interrupted the engagement.

“How can I heal you if your not willing to heal yourself?” He told Lisa.

That day, Lisa gave Jay his ring back.

“God has spoken to me personally and I have to trust Him,” she says. “I have to let Him be the husband I never had, the father I never had, because otherwise our marriage would have never worked.”

She entered Christian counseling with a woman named Joyce. They prayed together and cried together. Lisa began peeling away all the layers of hurt, guardedness and coping mechanisms

After many sessions, Lisa believed she was done. She had forgiven her parents and her ex-husband.

But she hadn’t forgiven herself.

It turns out that she still hadn’t dealt with her deepest darkest secret. During her senior year in high school, Lisa had an abortion.

As she confessed to Joyce, Lisa thought she was done. But Joyce, sensing in the Spirit that Lisa was not done confessing, just sat there praying.

Then Lisa broke down.

“Ok, I’m going to tell you one last thing, and then I’m finished,” she says. Finish reading about Lisa Luby Ryan overcame abortions.

2 responses to “3 abortions and then pro-life candidate?”