Jordone Branch always felt like an outsider and rejected, so she ended the misery of internalizing her pain by swallowing 31 Ibuprofens in the 9th grade.

“I felt like I wanted to be accepted by people and I wasn’t,” Jordone recounts in a CBN video. “I had this strong craving that wanted to be loved.”

She threw up those pills and survived.

Then in high school, she sought love and acceptance through a boyfriend and sex.

“It felt like love, but it wasn’t love,” she says. “It didn’t help at all. It made it worse actually.” 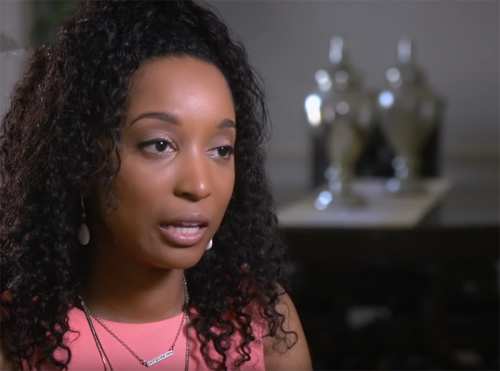 At college, she continued to seek happiness where she would never find it: clubbing, getting drunk and pre-marital sex.

Raised in church, she never stopped attending, but there was a major disconnect.

“I didn’t know what it meant to seek God,” she explains. “You smoke weed on Friday and sing in the choir on Sunday. I didn’t even know that any of the stuff I was doing was wrong.”

At a networking conference after graduation, she met a man, went out for drinks, and then got date-raped. When she went to police, she was told there was not enough evidence.

“I was depressed, just all the negative emotions you could think of,” Jordone says. “I remember driving down this road and thinking, ‘Maybe I could run into this tree and people won’t think it was intentionally a suicide.’”

Fortunately, she didn’t carry through with it.

Instead, she shared her troubles with a friend a few weeks later and he told her that Christ could heal her heart.

‘When he started talking about God, it was different,” she says. “It was genuine and sincere. It wasn’t surface level. He talked about God is his life and a relationship with Him. I felt like my eyes had been opened. I just started crying. I got it. I’d been wrong.” Read the rest of Rejection.