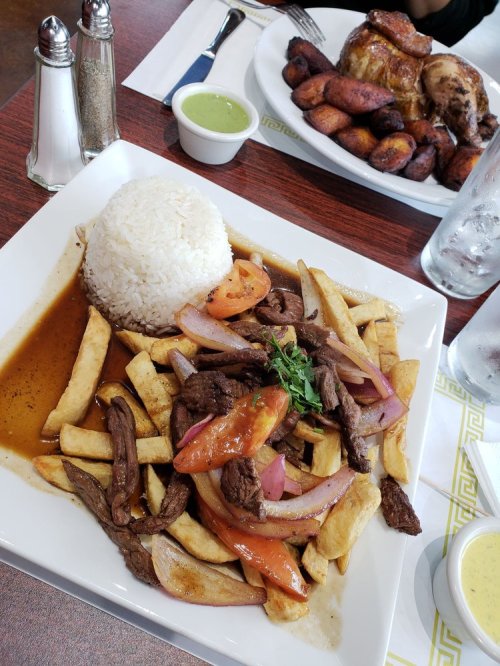 To live in LA is to enjoy exotic food. Now that Mexican food has spread across the U.S., Angelinos are now in a quest for new tastes from the remotest parts of the globe. Apparently over a 1,000 Peruvians call Van Nuys their home, so you can find a cache of Andes-styled eateries. Among them, Chio’s stands out. The restaurant started on Sepulveda Blvd, the grubbery is opening restaurants elsewhere in the Valley.

I can see why they are expanding. I had the Lomo Saltado, which dares to put the French fries right in the savory beef slivers with liquidy sauce. There’s a healthy dollop of white rice too. I was impressed that the serving size was generous for the price — no leftover hunger. The inadequate parking reflects the humble immigrant beginnings of this gem. Let me assure you, it’s worth the trouble to get parking once you’re inside the cozy restaurant watching flames leap up in the kitchen grill. They have Peruvian beer, but being a teetotaler, I can’t opine on its craftsmanship.

Xiovana Moraida doesn’t even want to call herself a volleyball coach. Her sport was soccer, and she was really good at that. She was team captain of Santa Monica College’s women’s soccer team in 2014. But she was pressed into it.

“I knew that if I didn’t step up and coach that there wouldn’t be a girl’s volleyball team,” says Xiovana, who goes by the easier-to-pronounce “X.”

Nevertheless, Xiovana has become the X factor behind Lighthouse Christian Academy’s resurgence into varsity volleyball after the sport was dropped out of the Saints’ offerings a few years ago.

Xiovana was born in Lodi but was raised in Lockeford, California. 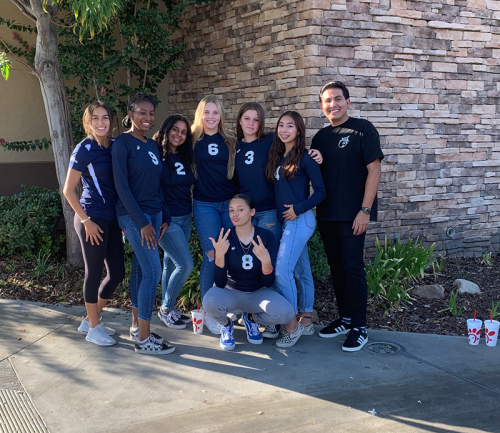 Starting at the ripe old age of 5 years old, she played and loved soccer.

In 2013, Xiovana came to live in Santa Monica to live with her aunt for soccer while attending SMC. She was the captain of the SMC soccer team in her sophomore year (as well as being the captain of her high school soccer team).

As Xiovana stayed in LA after college, she met her now husband Lucas Moraida. Lucas was from Arizona and was attending the Lighthouse Church. As her and Lucas began to talk more, X became a Christian and got more involved in the church. Read the rest of X-Factor in Santa Monica volleyball.