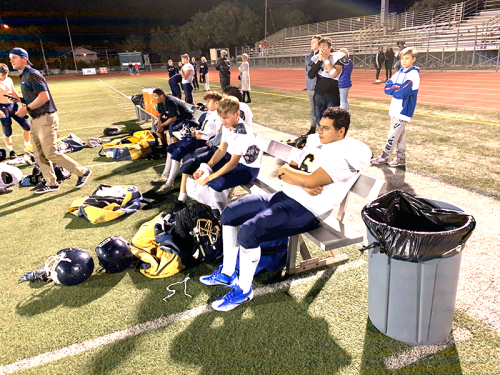 Pretty much everybody of the Lighthouse Saints was crying, or fighting back tears, after their football loss Saturday — everybody except David Hutchinson.

But David remained buoyant, perhaps because he has experienced worse losses, namely that of his parents, who went MIA. He’s now adopted by his grandparents. He wasn’t doing well in a previous school before coming to Lighthouse.

“Even when we lose, football is fun because it brings us all together like brothers,” the sophomore said after the game. “We played our hardest. It’s made me stronger and closer with all the boys. We know we’ve got each other’s backs no matter what. We have a love for each other.

So not everybody went home dejected. It’s important to keep perspective: the battles won off the field or more important than those lost on the field. Read the rest of winning souls, not football games.

One response to “One kid didn’t cry”