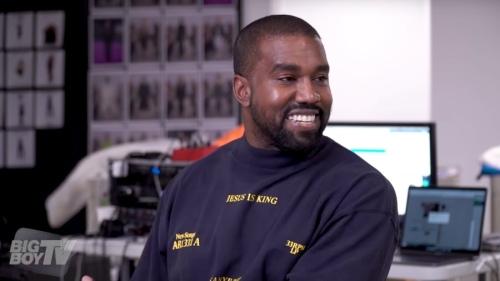 “Playboy was my gateway to full-on pornography addiction. My dad left out a Playboy,” he says. “And it’s affected almost every choice I made for the rest of my life.”

That simple fact accounts for why Kanye West — one of the most influential hip hop artists in America — has mired his music with muck and why he married hyper hot reality star Kim Kardashian, who became famous through the release of a sex tape (supposedly “purloined” though some saw it as self-release publicity stunt).

Today, Kanye West acknowledges the damage he has done to American culture and is allowing Jesus to undo the damage, beginning with himself. With the release of his ninth album called Jesus is King — with strictly Christian themes — the former devil’s child has declared himself unalterably God’s child. 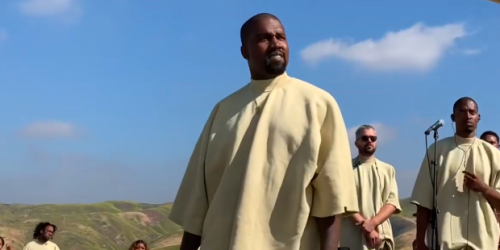 Pornography “presents itself out in the open (on billboards and such) as if it were ok, and I stand up and say, ‘It’s not ok,’” he says.

In April of this year — after performing at Coachella, — Kanye, who has dallied with God, finally decided to go full bore and become born-again, he said in an Apple Music video interview.

Kanye was raised in Chicago by a divorced father who was a Black Panther, a photojournalist and later a Christian counselor.

HIs mother had participated in sit-ins in the fight for Civil Rights. When he was 10, he accompanied his mother to Nanjing University in China. A college professor, she was teaching in an exchange program, and little Kanye enrolled in school, readily picking up Chinese (which he has now forgotten).

Kanye was drawn to music from the third grade. One of his earliest raps was a revision of Dr. Seuss’ “Green Eggs and Ham.” After graduating from high school, he received a scholarship for Chicago’s American Academy of Art in 1997 and began taking painting classes, then transferred to Chicago State University.

But the class load interfered with his music production, so he dropped out of college at age 20, to the chagrin of his mother.

He joined Roc-A-Fella Records and made a name for himself producing for Jay-Z, Ludacris and Alicia Keys and Janet Jackson. He was widely credited in revitalizing Jay-Z’s career.

When he launched his solo career, he tirelessly revised and improved his first album, College Dropout. The perfectionism in craftsmanship paid off; the album went triple platinum, won almost universal critical acclaim and earned 10 Grammy nominations.

He founded GOOD Music label in 2004 and subsequently conquered the industry with pioneering hip hop from eight studio albums that netted 21 Grammys.

He struck some as a self-aggrandizing narcissist who spouted off wild and controversial rants.

After that, he launched a sports shoe with Nike and also a fashion line.

In 2014, Kanye married Kim Kardashian, the daughter of OJ Simpson defense lawyer Robert Kardashian. Famous for being famous, Kim made money through her reality show “Keeping up with the Kardashians” with her sisters Kourtney, Khloe, Kendall and Kylie since 2007.

Kim eased into celebrity life with the help of her friend, Paris Hilton. Her career catapulted with the infamous “release” of a sex tape with her then boyfriend, Ray J, in 2002, which many saw as a quick and dirty way to acquire notoriety.

Kim was famous for her sultry style and seemed to accentuate her figure with fillings and plastic surgery (she denies having surgery). She was the perfect match for the porn-crazed rapper. He later shared that he liked to see his wife dress immodestly to compete at bod-flaunting in front of the paparazzi. He later admitted that he influenced his daughter North with the same shameless fashion sense.

The couple has four children, and they’ve stayed together for five years — no small feat in Hollywood!

Then on Nov. 20, 2016, Kanye had a breakdown. Troubled by his mom’s death and reportedly using opioids after a surgery, Kanye publicly denounced his buddy Jay-Z, because he did not attend his wedding: “Jay-Z—call me, bruh. You still ain’t called me. Jay-Z, I know you got killers. Please don’t send them at my head. Please call me. Talk to me like a man.” Read the rest: Is Kanye West really Christian?