He threw bricks of cocaine out the window of his car 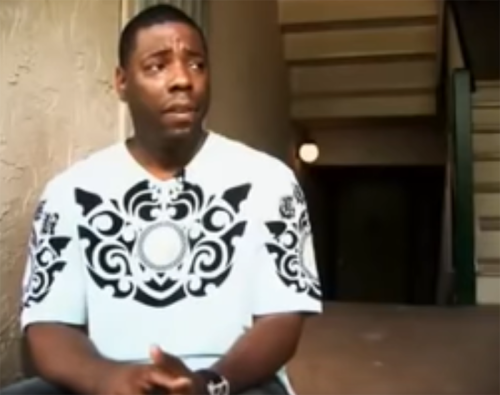 All CJ Blair wanted was to make enough money so that his mother could stop selling her body to abusive men on the streets of Washington D.C.

Growing up in the projects with a single mom, CJ only knew the father figure that was her pimp.

Only his great grandmother was a believer, and he saw her praying during the summers when he went to visit.

“My great grandmother believed God for everything, I mean, everything,” he remembers. “If it was rent money, whatever, she believed it. I was like, ‘Wow, this woman is serious.’”

In all the family, CJ was the most prone to get into trouble, but Grandma always spoke positively about him, unlike other family members who criticized him.

“She would say I was a man of God,” he recalls.

Two paths were in front of young CJ, the wild life of the streets that he was accustomed to or the way of Christianity.

“I was scared of Hell,” he admits. But he didn’t want to “play with God,” as he saw it, to pursue God in a half-hearted way.

CJ dropped out of school at an early age. At 13, authorities arrested him for assault. For the next 12 years, he was in and out of jail.

After a 6-year stint in jail for robbery and malicious wounding, CJ emerged from prison and decided to start a musical career in the hip hop industry.

“I was in the studio one night, and the studio engineer began to talk about Jesus,” he says. “If there’s a Jesus and you haven’t accepted Him and you die, you gonna be short.”

“God began to start dealing with me at that point,” he says.

Two weeks later after making a major drug deal, he was driving home listening to a rap group talk about driving a platinum car with the mark of Beast.

“When I heard that, something triggered in me,” he recalls. “All that talk that my great grandmother was talking about back then when I was like 8, 9, here it is now. He knew he was headed to hell if his life didn’t change.

His hands popped off the wheel. Moved by the sudden realization of God’s existence, he exclaimed, “Hallelujah. Hallelujah.”

Accordingly, CJ popped out the cassette tape. This automatically switched to radio. A man’s voice came through the car’s speakers.

“Do you know what miracles are?” the voice said. Read the rest: Drug dealer turns to Jesus.