For some reason, one would expect more options for Mexican food in East Los Angeles (a neighborhood dominated by Mexican-Americans), but we always only seem to find Tamales Liliana’s, which gets the job done but doesn’t seem to register the highest marks.

We went for my daughter-in-law’s pining as a nurse, a whole group of us. Only my daughter wanted to try the house namesake, the tamale, which graded as somewhat dry. Maybe this is because we got there very late, at the end of the day, when the tamales are on their last living breath. Or maybe she’s just used to Guatemalan tamales, which are wet. She grew up on Guatemala.

I broke with my same-old same-old of enchiladas and tried the pozole, and it was appropriately spicy. The hominy was outstanding, and the cabbage fresh and crispy. I definitely recommend it.

Of course, my wife went for the fried fish, which comes whole, with scales, head, fins and tail — the right way. She was content.

Dee ordered the wet burrito. It was too salty. That’s normal for Mexican restaurants. 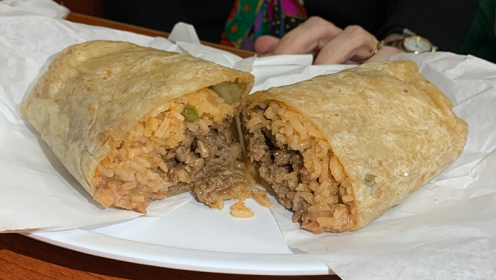 Of course, there were people who ordered the regular burrito, the taco, the quesadilla.

This restaurant is recommended, though not highly. If you’re in the area and want Mexican, it pretty much won’t disappoint. But I would not drive far to go to this restaurant.