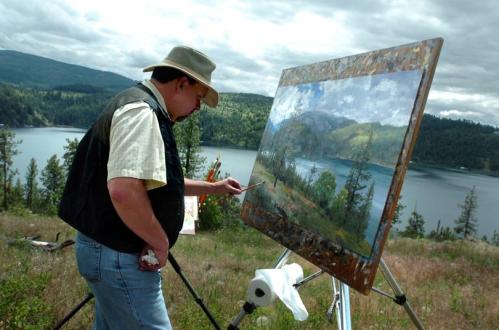 On April 6th, 2012, the man known as The Painter of Light, Thomas Kinkade, unexpectedly died in his home at the age of 54.

Kinkade was widely known as one of the most successful artists of his time, famous for painting cottages, homes and churches featuring soft light and Christian themes.

What the paintings lacked in sophistication, they made up in nostalgic appeal. The paintings carried their own charm, with some viewers imagining a simpler life in the bucolic scenes portrayed. 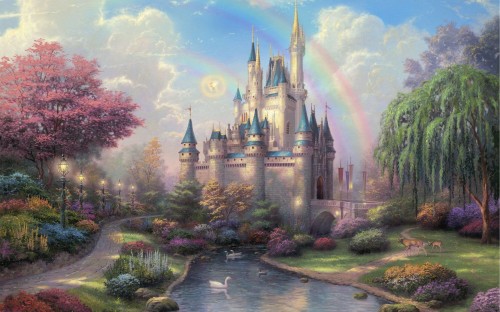 “My paintings are messengers of God’s love. Nature is simply the language which I speak,” he said.

Chances are you’ve seen or even own one of his paintings. His work is said to be in a staggering 10 million American homes, over 7% of the American population.

Kinkade’s past is somewhat tragic, involving a broken family and dropping out of art school. In 1980, Kinkade became a Christian. It was at this time that he started selling his paintings.

“Well, it was almost as if God became my art agent. He basically gave me ideas,” he explained to USA Today in 2002. 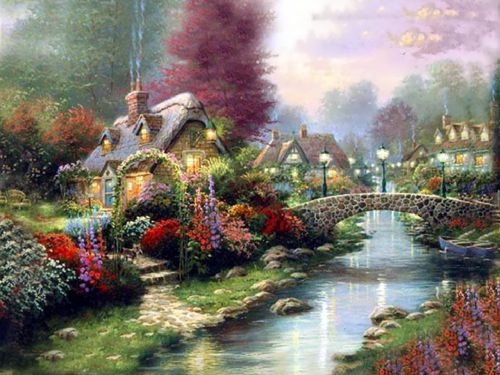 However, during the early 2000’s to 2010’s, Kinkade’s bizarre behavior and financial problems sparked accusations against the well-known artist. The accusations included behaving inappropriately with women and something especially odd, allegedly urinating on a Winnie the Pooh figure at the Disneyland Hotel according to The Los Angeles Times.

Along with that, his company declared bankruptcy, unable to pay its creditors following multiple court judgments. He was ordered to pay $860,000 for defrauding the owners of two failed galleries in Virginia, according to a website associated with the lawsuit.

While he made $53 million, his business expenses apparently exceeded his business income during the recession of the early 2000s, according to news sources.

Kinkade denied some of the charges in 2006, but blamed the rest on overeating, drinking and stress, according to the Washington Post.

“With God’s help and the support of my family and friends, I have returned balance to my life,” Kinkade said in addressing the accusations.

The 2006 scandal was not the end of his troubles. Rest of the article: Was Thomas Kinkade Christian?