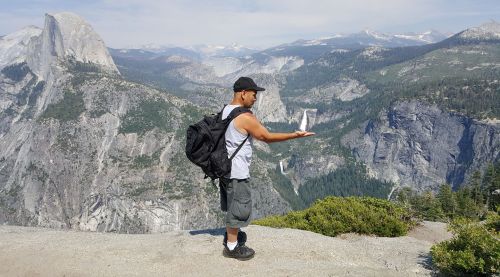 Left with the baby sitter, 4-year-old Angel Frias, one of nine siblings, was approached by a blonde woman who led him in a sinner’s prayer. She looked bright, almost angelic.

“I felt so protected,” he remembers. “I felt like there was a shield around me when I was a little boy.”

But by junior high, “Angel” stopped being an angel. He followed his older brothers into a Hispanic gang in Culver City, California.

“That’s when I got into more of mess. I became a problem to society and not a solution.”

He fell into drugs, alcohol, rage and revenge.

“I had so much anger in my life that if I dropped a pen, I started kicking in doors. I started turning over tables. I started to cuss. If you looked at me the wrong way, the fight was on.”

God saved him from the worst scrapes and kept sending messengers to evangelize.

“When I had a can of beer on me or I was loaded, there was always a servant of the Lord that God would send into the Culver City projects to preach the Gospel and I would hear it,” he says. “They kept coming and they kept coming. There was one time this guy said, ‘God has a better plan for your life.’ I listened to his words, but I kept on the same road of destruction.”

He was in and out of county jail. He had guns pointed at his head, but the guns jammed.

“When my brother was there, he said, ‘That was God,’” Angel remembers. “But we were still in our mess.”

He spent three years in prison, only to return to more drugs and alcohol. He returned to prison for four years and four months. He never turned to God.

“I was the worst of the worst. I was down to 90 lbs.,” he says. “My medium shirts felt like they were extra larges on me.”

Finally, he committed an offense that could lock him up for 25 years to life.

Again, he listened to the preachers in the projects.

“God loves you so much,” the preacher said. “He doesn’t want this for your life. He has more for you.”

His sisters were praying for him. Finally he broke down.

For years he mocked people who were healed and fell under the power of the Spirit on Christian television programming.

But when he finally broke before God, he decided to go to church.

“As this preacher’s preaching, my body starts to shake. It felt like something wanted to come out it,” he says. He went up to the altar.

“I was shaking like a leaf. My eyes were blinking like 90 mph,” he says. “I was out of control. I knew God was in control. I surrendered. I opened up my arms and said, ‘Here’s my life. Do what you want with it.’ The guy was about to pray for me, but before he can touch me, I fell back and could not get up. My waist down to my legs, I could not move.” Read the rest: Culver City Hispanic gangster had never felt slain the Spirit before.