Unattended by his career-ambitious parents, Jim Rouches discovered his older brother’s stash of pot and LSD when he was only seven.

“The first time the euphoria hit me, my first thought was, I’m going to do this the rest of my life,” Jim says on a CBN video. “This is the greatest thing I’ve ever felt.’

He very nearly carried out the vow to life-long drug abuse.

Jim was the youngest (with his twin) of five siblings. His dad was an IBM executive; his mom, an entrepreneur. He would act up to try to get their attention. They were busy, busy, busy making money. 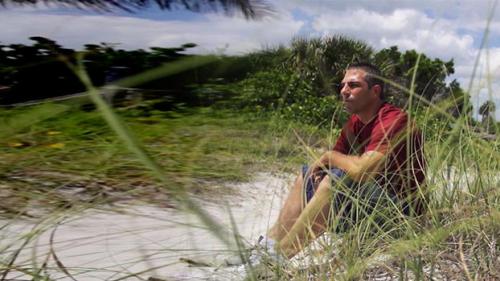 By middle school, he was a committed pothead. His parents divorced. After misbehaving with his mom, he was moved to his dad’s, where he shaped up for a time.

But when his mother developed lung cancer, Jim lost all motivation to stay on the higher path and resorted to his earlier vices, this time adding cocaine into the mix.

When mom died, he got mad at her, as if she had given up and wouldn’t be there for him.

“I thought that she gave up and that she could beat cancer and that if I had cancer I would definitely beat it for her, or anyone else that I loved.”

Jim figured out how to graduate yet bombed each effort his family made to get him off drugs.

“I just thought it was garbage,” he says. “At that time, I would rather be dead than have to live without being high all the time.”

A year after graduating, Jim wedded his secondary school darling. The couple had twins, a boy and a girl. But as one might expect of a marriage where the man suffers from drug addiction, the wedded bliss didn’t last.

“I was in the grips of an addiction that was just massive,” he says. “As much as I wanted to stop for my family I could not stop. And, even then I would have died for them, I just couldn’t quit doing drugs.”

For the next quarter century he was either spending time in jail, in a recovery program or running from the law.

In 2004 he was arrested for credit card fraud and an extensive list of other unlawful offenses.

At 41 years of age, he was worn out, confronting his third strike, and facing 49 years to life in prison.