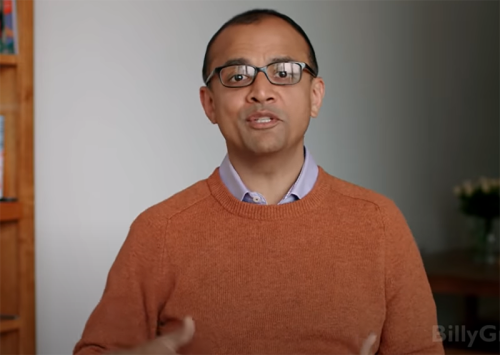 Swarmed with doubts about his family’s Hinduism, Rahil Patel, a respected Swami priest in London, thumbed through a children’s Bible in a bookstore.

“I opened it and started reading and I felt a connection so quickly, so easily I then had to shut the book quickly,” Rahil says in a Billy Graham Organization video. “I had to shut it quickly. It represented something completely opposite to what I represented.”

He was raised in England in a Hindu family and hungered for whoever God was. 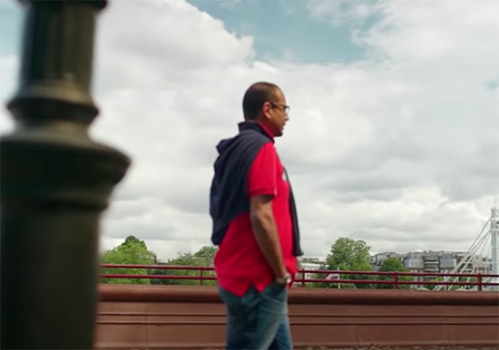 “Hinduism is a canvas of hundreds of religions with different doctrines and ideas and philosophies,” Rahil says. “I was so desperate to search for God.”

His drive to find God led him to travel to India, his parents’ homeland.

“I trained to become a Hindu priest,” he says.

After only one month, however, a small voice spoke in his left ear: “Have you made the right choice?”

It was the first seed of doubt.

But he didn’t immediately renounce Hinduism. He kept an open mind and continued his studies. After all, his parents had brought him up that way and millions of people worldwide adhere to Hinduism. He ought to give it a fair shake, he thought.

His branch of Hinduism affirmed that the guru was god. Rahil began to show promise, and the guru took a special interest in him.

“When the guru speaks, it is god speaking,” he says. “To be chosen as one of his favorite priests is the most incredible dream coming true.”

While he was pleased with the approval he got from his leaders, he was troubled by the doubts surging in his mind.

“The more I studied, the more questions I had,” he relates. “I asked tough questions to the scholars in India, and they weren’t liking it.”

One scholar told him: “Submit to what we are teaching you. You have decided to wear these clothes. This is forever.”

When he said that, “I knew there was a problem,” Rahil says.

He really only wanted to ask sincere questions. He thought having the confidence of the guru allowed him to try to get his real questions answered. The blunt shutdown only turned Rahil off.

“I feel that I’m being brainwashed,” he responded to the guru.

“There was a dead silence in the room,” Rahil remembers.

“You think too much,” the guru replied. “Just get on with it, and as time goes on, your questions will be answered.”

Rahil left the room but not Hinduism — yet.

He returned to London where he continued as a swami priest and teacher of Hindu immigrants.

Eventually, he spotted the children’s Bible at the bookstore. As he scanned and read passages, he realized that the message of grace was totally the opposite of Hinduism’s works mentality. The idea of Christ’s sacrifice for sin was completely foreign.

Was he treading on thin ice? he wondered. Read the rest: swami priest found Jesus.