A couple of things I really liked about the fish tacos at California Fish Grill in North Hollywood: the deep-fried battered fish was a big chunk and was served piping hot. The tortilla didn’t get soggy and fall apart.

They serve it with a cream sauce with was tasty, but I needed more. Beneath the generous portion of fish was a small bed of cabbage, and on top was pickled onion strips.

The combo included rice and beans. Relievedly, the beans were not Mexican style, which is overkill here in Southern California. Instead, white and pinto bean mix was more had a pork and bean flavor, though I couldn’t find any vestige of pork. The rice was perfect.

My wife ordered the battered catfish. She said the vegetables needed salt, which is another great relief! Restaurant food is notoriously sodium overload.

California Fish Grill in North Hollywood is tucked in a little cubby hole on Laurel Canyon Blvd between Victory Blvd and Oxnard St., easily accessible from the Hollywood Fwy (the 170). There’s a Trader Joe’s, an Urbane Cafe, a boba and a few other trendy attention getters.

Yes, I will come again. It’s casual, an upgrade from fast food but not so fancy that you need to dress up.

[Advert: Because he likes good eats, the author sells 10-inch bamboo steamers on Amazon to broaden your culinary cooking experience. They are great for vegetables, fish and especially Chinese buns and dumplings that can be picked up frozen in specialty food markets and warmed to perfection, almost as good as the restaurant.] 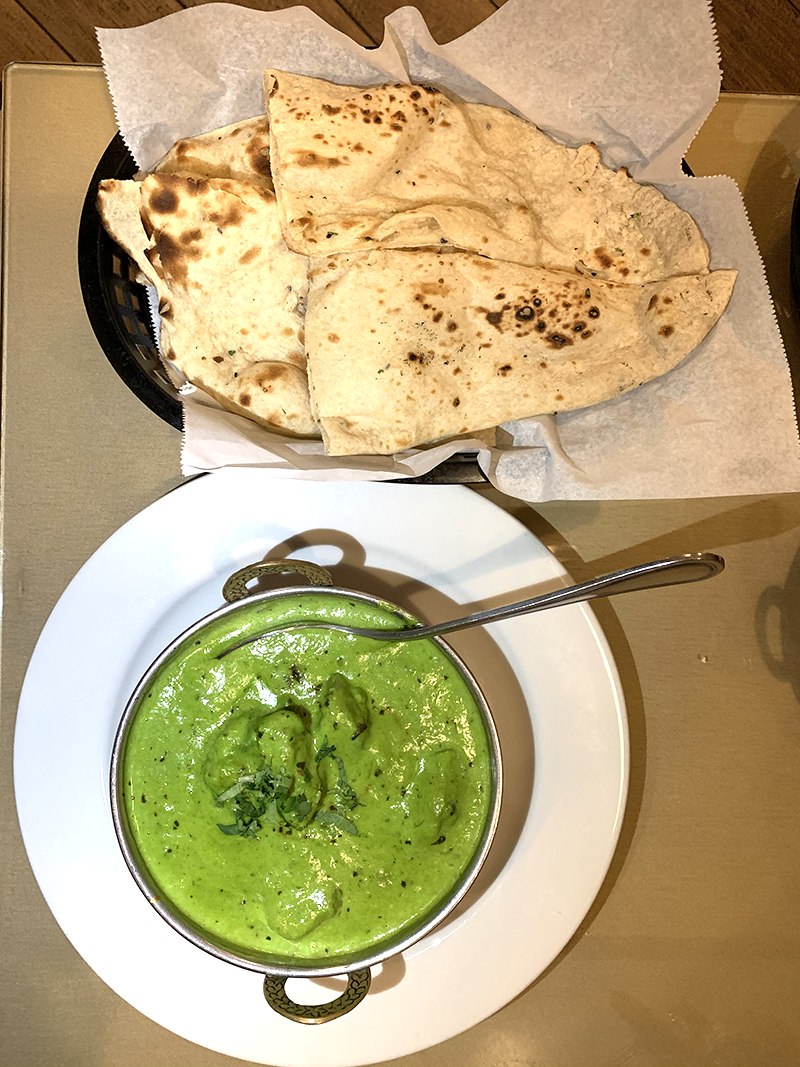 Rumor has it that the time to hit India’s Tandoori Hollywood is for lunch. That’s when the buffet goes for $12.00. So you can sample every taste of India for a paltry sum. I was told it was Punjabi food, from Northern India. 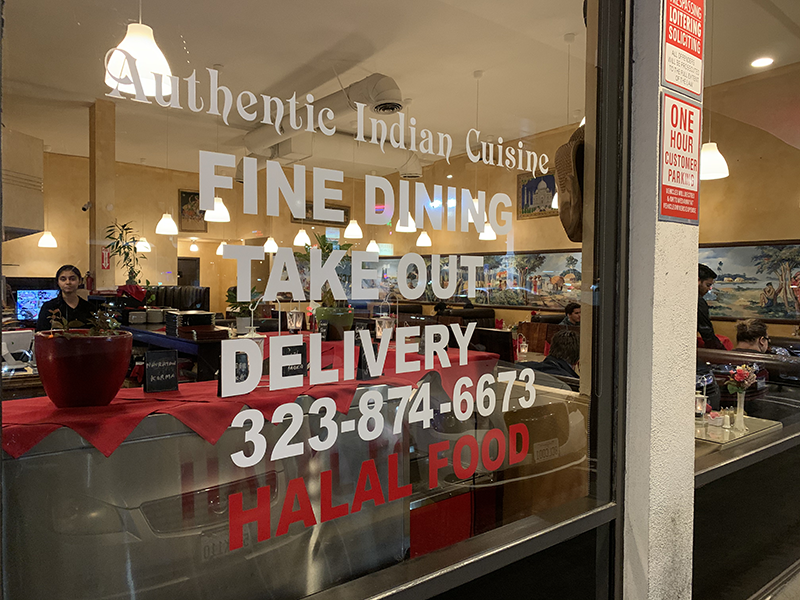 My friend and I came for dinner, so we only got one entry each. I got the Green Coconut Chicken with mild curry, and my buddy ordered Chicken Tikka Masala. 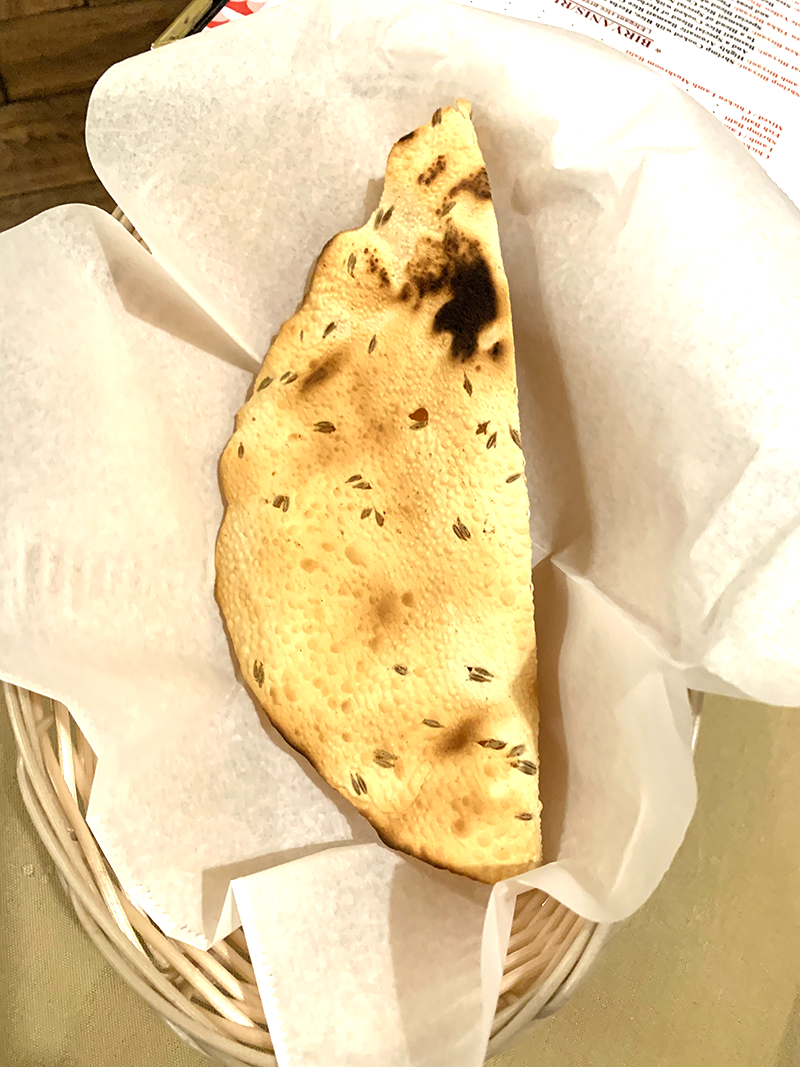 While we waited for the food, the waiter brought a super thin cracker-like bread made of lentils. Yep, lentils. I wasn’t expecting it to be salty. Perhaps because it was salty, it gave me the impression of being the Indian equivalent of Mexican chips as an appetizer. 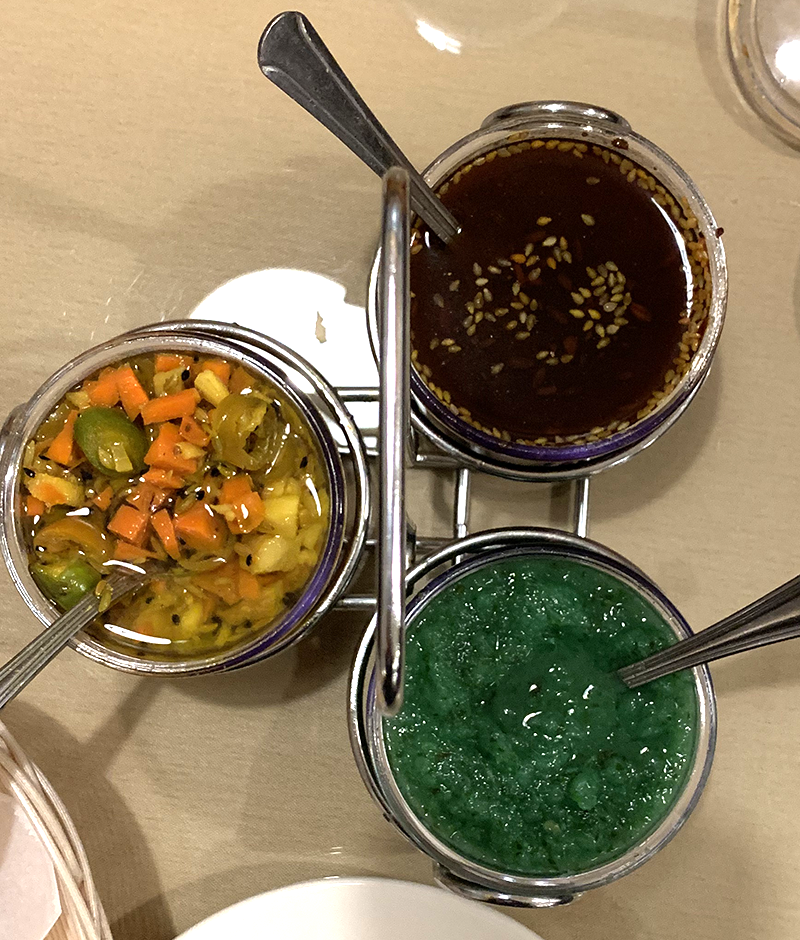 I was quick to try each of the condiments: mint (not sweet), diced carrots and chili (not too spicy) and plum sauce with sesame seeds (which looked like it was spicy but wasn’t). 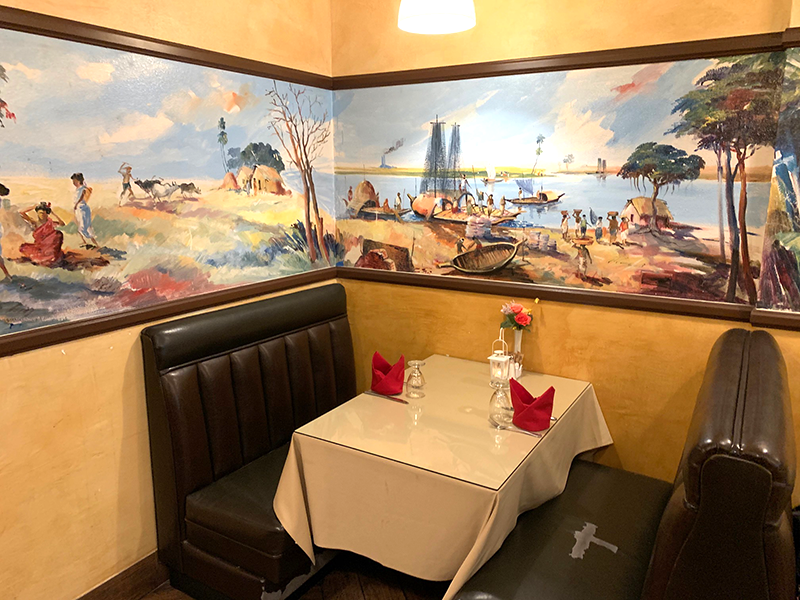 This is what you go to Indian food for: a slathering of thick gravy spiced up with the herbs that made the Indies the destination for traders in the Age of Exploration. There are curries, green sauces, red sauces, brown sauces, yummy sauces, hot sauces and ones that will send you to the bathroom. 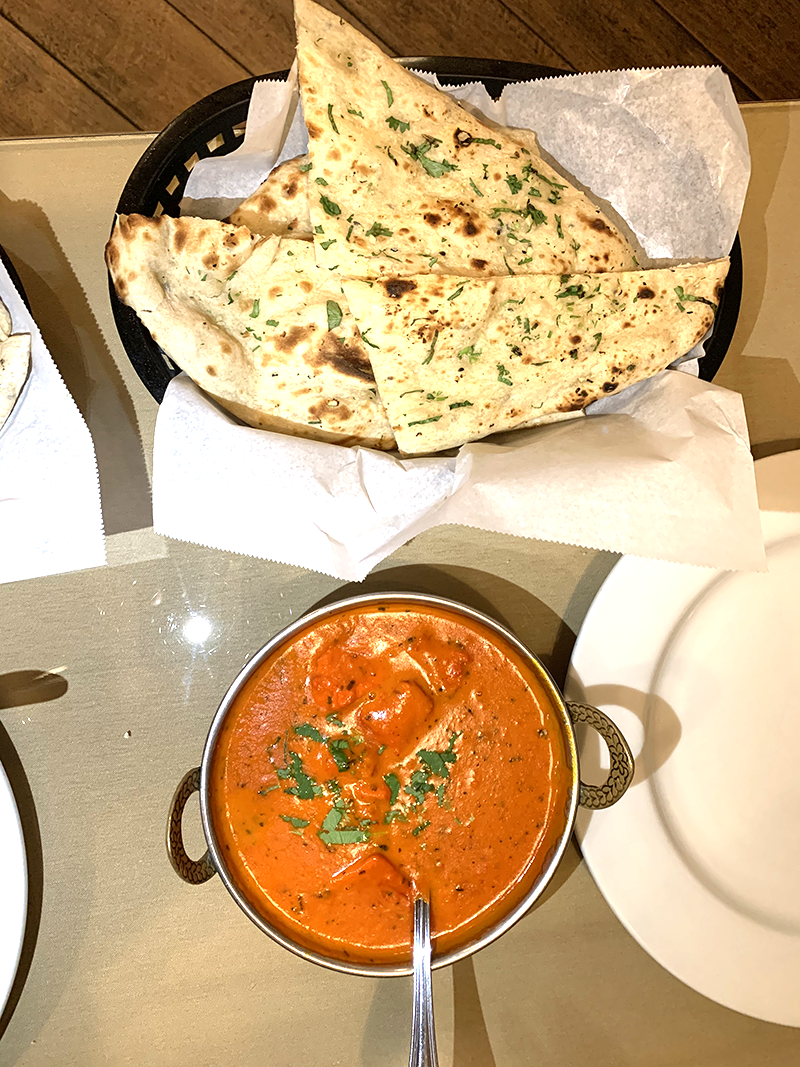 Ahem. Excuse me. I shouldn’t talk about such an unappetizing topic while discussing the appetizing concerns of this restaurant.

In any case, Indian food is my new Mexican food. 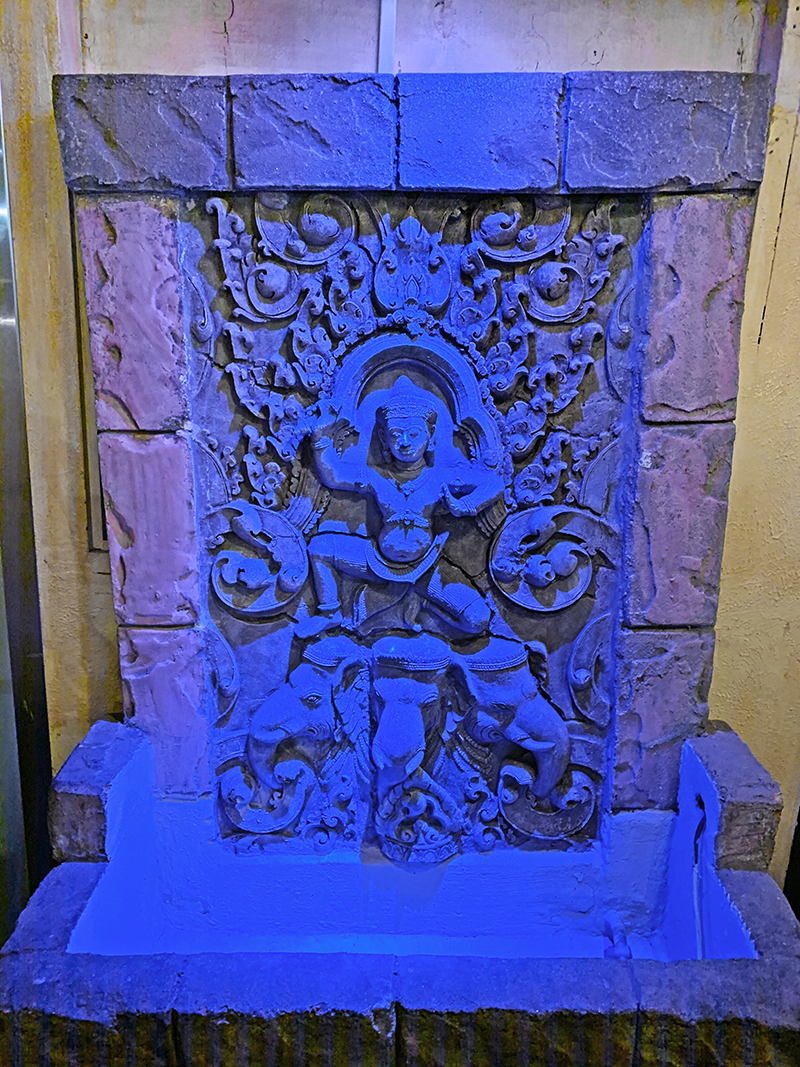 Because we ordered it a la carte, we didn’t get rice. We should’ve gotten rice to sop up the sauce with. 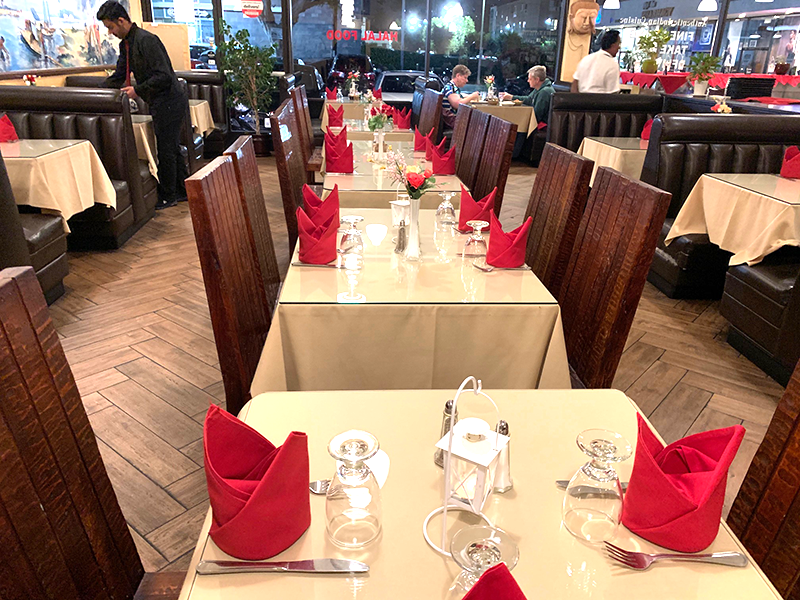 But the naan bread did not disappoint. As I have said previously, I don’t like bread. Period. But naan bread, I like. It is slightly crispy on the outside, warm and chewy on the inside. Mmmmmmm.

We could scoop up the extra sauce with that and revel in all the tastiness.

There was plenty of chicken in the entrees, and I left full enough. 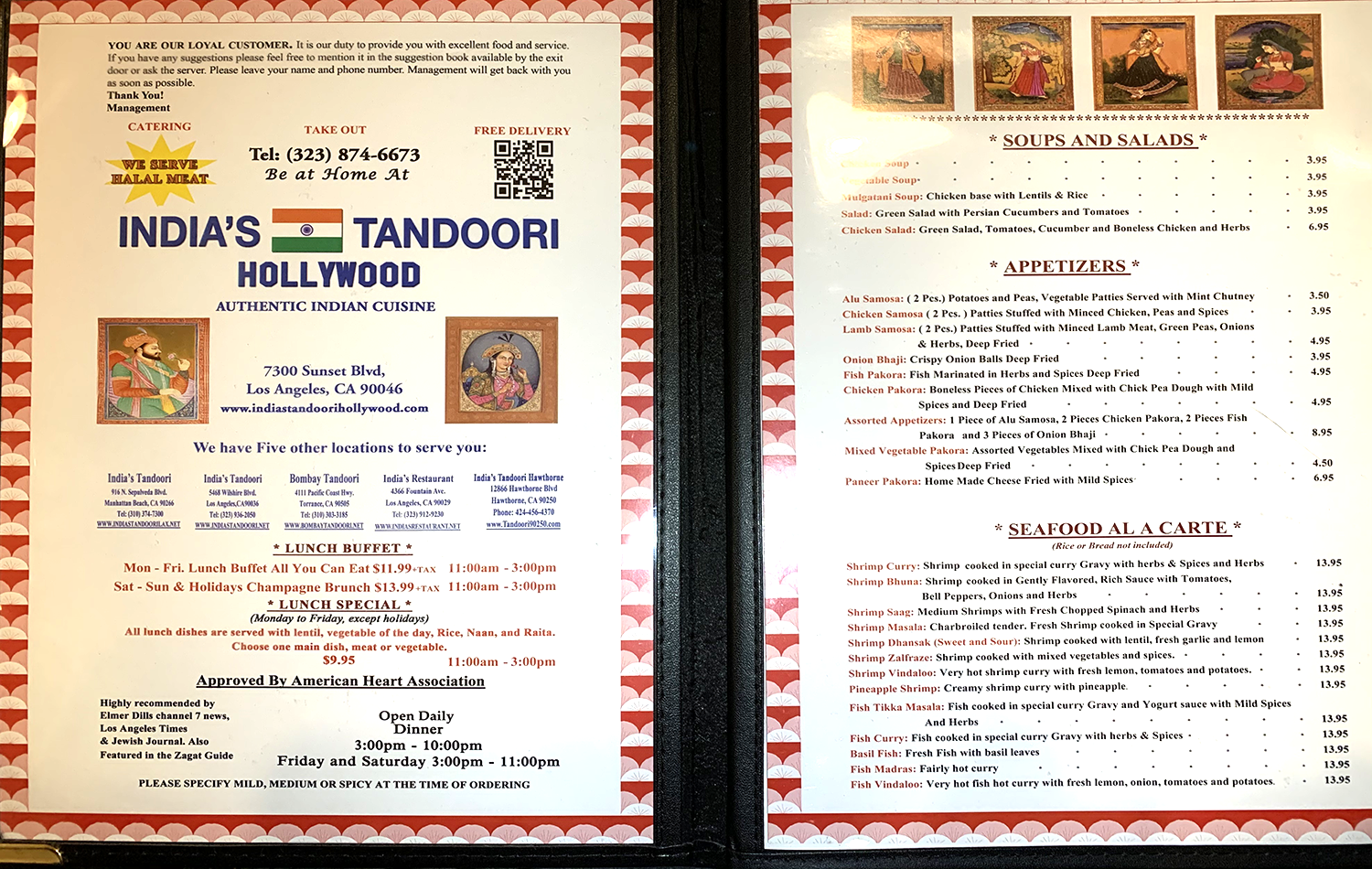 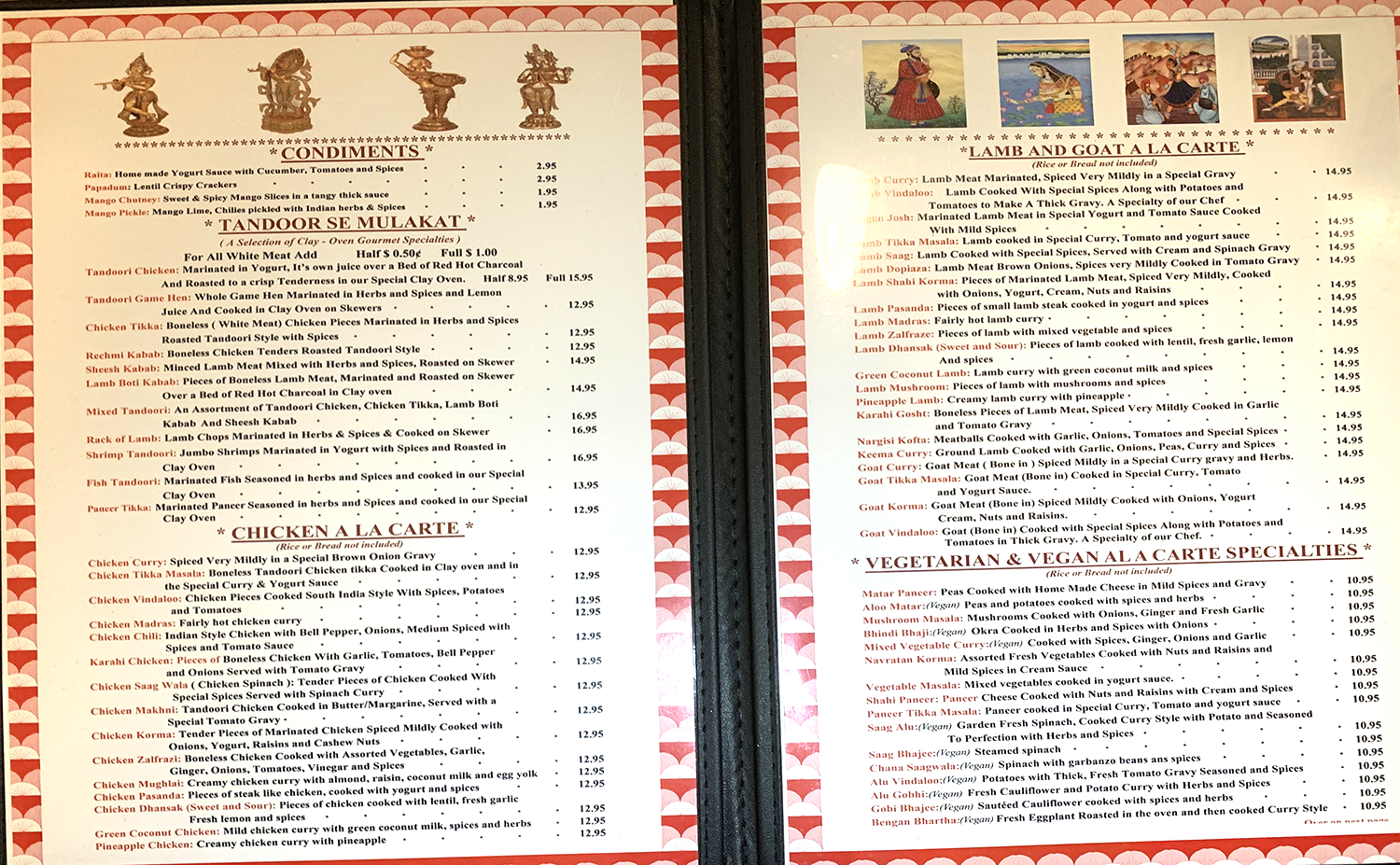 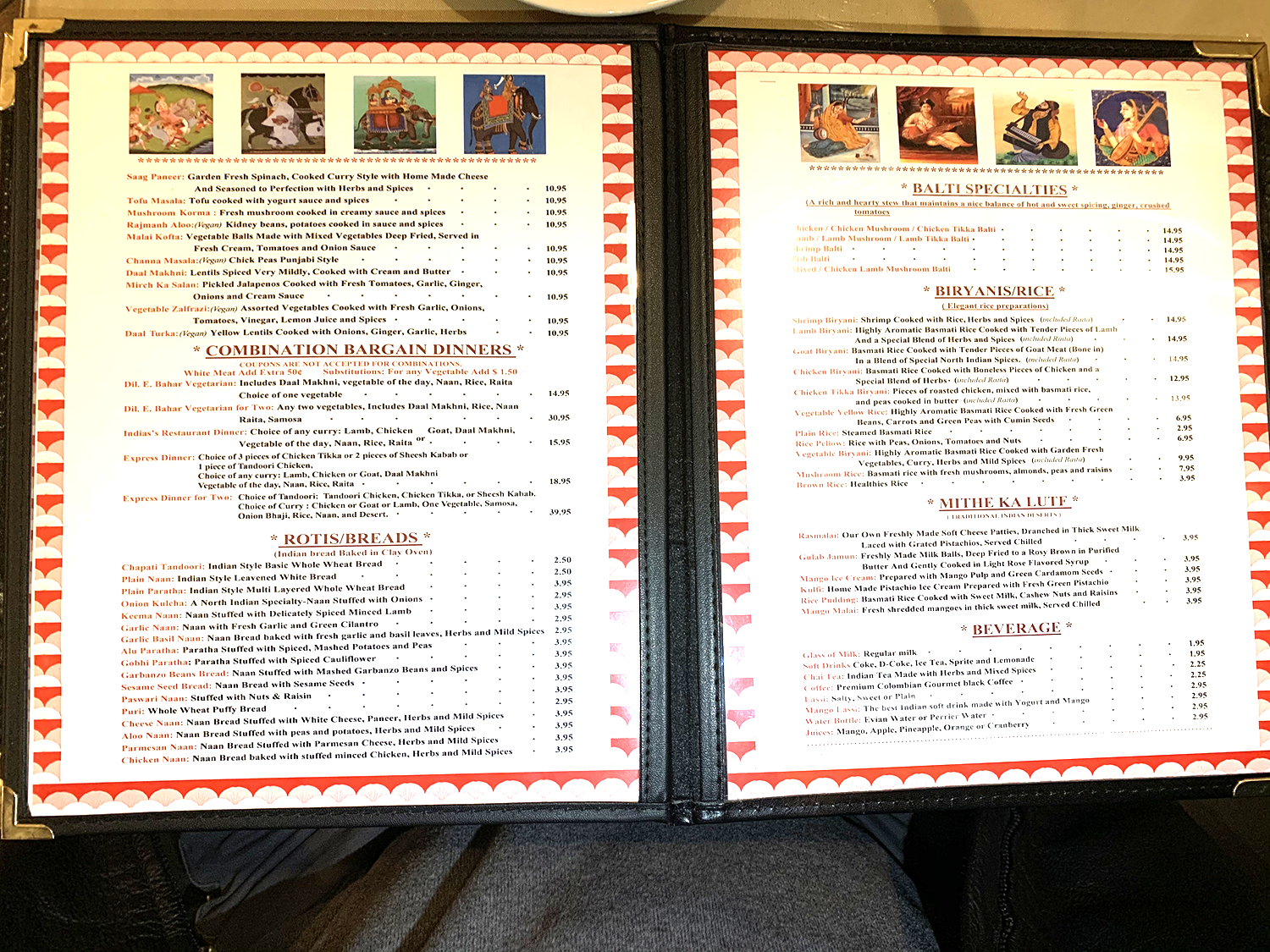 The restaurant is tastefully decorated. The fresco on the wall appears to be of India in rough brush paint strokes that is more in line with Hollywood than India. The servers appear to be Indian. On the whole, the night out was very enjoyable.

I’m just going to have hit this restaurant for the lunch buffet 12:00 noon to 4:00 p.m. next time so that I can sample more widely of the delicacies of India.