Confessions of an ex-junk food junkie

I have a confession: I love junk food.

I would probably eat it everyday.

But I know that it will kill me. It’s loaded with calories, salt, fat, preservatives. It comes up short on nutrition. So I avoid it.

I’m not so much of a health freak to NEVER eat junk food. But I try to limit it to once a week. The rest of the time, I try to stay health.

Officially, weekends are “cheat days” to not live in dietary misery. I indulge an ice cream on Friday night. I don’t watch my calories.

But Monday through Friday lunch, I’m pretty good about being intelligent about food selection. My tongue doesn’t feel good; my body does. I enjoy the benefits of feeling healthy depriving my tongue of daily delights (those are saved for weekends).

And the benefits I feel in my body are great. I have energy. I don’t get sick. I go to the gym and have strength. I enjoy walking up stairs without struggling. I don’t go to the doctor or the hospital. I do my work with zest and passion and don’t have to lie down and recover. My body delights in health (though my tongue gets deprived of the rush of emotion over super tasty foods).

Here’s what’s amazing and possible: I actually enjoy the healthy food now. I savor the broccoli, the asparagus, the not-fried chicken, the salads, the food without heavy cream sauces and cooking without grease and fat.

My experience is that you can literally retrain your taste buds.

I think it takes years. It has taken me years. Right now, I’m actually grossed out by soda if I drink it. As hard as that may to believe.

My journey towards healthful eating and healthfulness has led me to selling bamboo steamers on Amazon. People are absolutely fanatical about bamboo. They conserve nutrients better and absorb some of the steam so that Chinese buns come out right. I have discovered that steaming fish fillets to take into work with me is NOT slower than warming fish sticks in the toaster oven. If you want to buy one and try it for yourself, here’s the link.

Confession: I failed to become a vegan. Best thing for my health ever.

No wonder a huge segment of America simply ignores them.

They are simply failing you and themselves because they fail on the secret keyword: transition. You don’t, can’t, shouldn’t drop sweetened iced tea cold turkey. Not overnight will you win become the crossfit queen.

There’s something better than a new habit, and that’s a new direction.

Start slow because the key is to enjoy your changes.

Embark on change but don’t rush into the  Army Ranger’s regimen. Your journey to a healthy lifestyle is a just that: a journey. Make small digestible changes.

I once endeavored to become vegan. I only got halfway there. In so doing, I learned that halfway is better than no way. I came short of my full goals, but I learned that the progress I had made was good

Since then, I’ve never gotten off the path to health. And progressively through the years, I’ve continued to get healthier, both in terms of eating and workout.

Here are some tricks to transition to health:

Is eating the area where Christians have trouble with self-control? There are fellowship dinners and snacks at Bible studies. We may not go to the bar to drain alcoholic beverages, but we go to the restaurant and knock back the extra fries and milkshakes. It’s not a beer belly; it’s a potluck paunch.

Extra pounds around the waist or on the thighs are more often carried to church than Bibles. In fact, one pastor in Guatemala teased a slim colleague, “Pastor sin panza no da confianza,” which translated means: A pastor without a paunch doesn’t inspire confidence (it’s mirthful in Spanish because it rhymes).

But while there is a disturbing trend in Christianity toward obesity, there is a new generation of shepherds who are saying no to the second helping of shepherd’s pie. 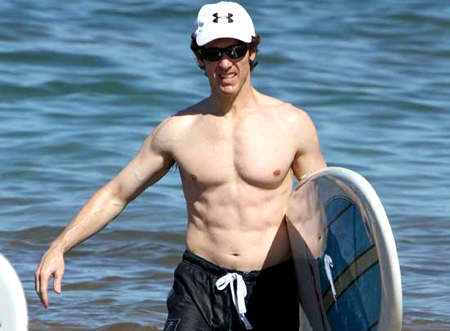 Take Steve Reynold for example. The way he sees it, he was “trashing” his temple of the Holy Spirit (his body), according to US News & World Report. The pastor of Capital Baptist Church in Annandale, Virginia weighed 340 pounds.

While Reynolds never pumped iron, he downed a tub of ice cream each night. While he circumvented cardio, he crammed carbs.

As a result, doctors ordered him to take eight separate medications to stave off diabetes and other disorders. At some point, Reynolds had an epiphany.

“I’m looking forward to heaven,” came the flash, “but I’m not ready to get there yet.”

Reynolds had to upend some bad habits. He started an exercise regime and began a diet inspired by the Bible. It turns out the Holy Writ has much to say about healthy living, but he hadn’t noticed previously. By searching the word “body” in his concordance, he found some inspired guidance.

According to Reynolds, healthy diet and exercise “has been a kind of forsaken thing in churches.”

Health Fitness Revolution unearthed stats to back up Reynolds’ claim: A 2006 Purdue study found that the fundamental Christians are by far the heaviest of all religious groups, led by the Baptists with a 30% obesity rate. A 2011 Northwestern University study tracking 3,433 men and women for 18 years found that young adults who attend church or a bible study once a week are 50% likelier be obese.

Jesus “could walk 40 miles, not in Reeboks but in leather sandals,” Reynolds wrote in his book. “Yet His followers on this planet are unhealthy, overweight, sedentary couch potatoes.”

As a result of the regimen developed by Reynolds, he dropped 100 pounds and no longer needed the medications. His findings and testimony were published in his book Bod4God.

“We believe our bodies are very important to our faith,” says Scott Roberts, head of William Jessup University’s kinesiology department, where faith-based fitness courses are offered. 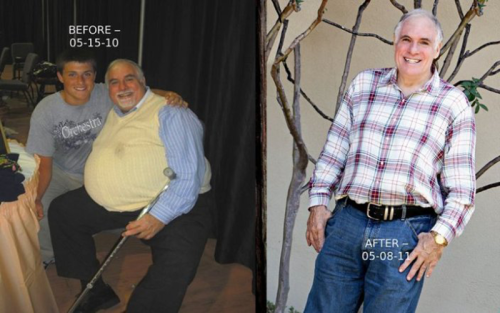 If 1 Timothy 4:7 says, “Bodily exercise profiteth little” to highlight spiritual health, nevertheless the verse does says that there is value in physical health. The purpose is not to counter pose bad/good, but to compare good/better.

Scott Bennefield was also featured as the “Iron Man Pastor.” Prior to 1991, he never gave much thought to fitness. But then he decided he’d better start running for exercise. He progressed and amplified his goals: at age 43, the pastor of the New Covenant Church in New Mexico competed in his first Iron Man competition and completed six more by time of publication.

Chuck Bernal, pastor of the LifePointe Church in Crowley, Texas, also earned an honorable mention. Through diet and exercise, he slimmed down from 367 pounds to a fit 226.

Mega-church Pastor Rick Warren joined the list. His introduction to health came by way of baptizing 858 people. Two-thirds of the way through dunking disciples, his arms grew tired. And he noticed the excess water displacement by the obese — including himself. Consequently, he lost 30 pounds.

Today, there are Christian diet plans, aps, tapes, exercise routines — all of which motivate through the Word of God for the goal of fitness. Exercising has become as important to some as healthy eating. Read the rest of Christian health.

Seeing out the old year at the gym

Almost all my gym buddies made it for the 2018 end at the gym. My wife and son are on the left. On my right (from left to right) is Captain America, Hulk and Spiderman. Hahaha. That’s what I call them. Only missing: David.

I’m a believer not just in spiritual health but physical health also. The body is the temple of the Holy Spirit, so we out to take care of it.

Tagged body is a temple of the holy spirit