Chained in basement 11 years, she now offers hope to victims of abuse

Michelle Knight was held hostage, chained and raped for almost 11 years by a macabre man. She also endured starvation, lack of sunlight and extreme thirst.

“Almost every day he did beat, rape, and do horrible, unimaginable things to me,” Michelle said on the Today Show. “I just thought of myself as a punching bag because that’s all he did to me.”

Since her ordeal, Michelle has gathered her courage — with God’s help — to forgive her tormentor, Ariel Castro, who hanged himself with bed sheets in his prison cell one month into a sentence of life plus 1,000 years.

“He had a disease,” Michelle told Christian Today. “I was able to forgive him. God put us on earth for one reason, to do his work. The situation (he) put me in didn’t define me. I choose to live a meaningful life.”

On May 6, 2013, fellow captive Amanda Berry escaped and fled to police, who rescued Michelle and another girl, Gina de Jesus. Shortly after that, they arrested Castro. Since then, Michelle has married and moved on from the trauma. As part of her new life, she legally renamed herself Lily Rose because she wants to disassociate herself from the ugly past.

Raised in a troubled home, Michelle, 20, was living under a bridge in 2002, upset over losing custody of her 2-year-old son. On August 23rd of that year, she left her cousin’s house in Cleveland and accepted a ride from Ariel Castro, the father of a friend. He took her to his Tremont home, where he chained her in the basement.

Amanda Berry was abducted the following year, and they were joined by Gina DeJesus in 2004.

Castro first starved his victims for days to break their will to resist. Then he beat them and raped them. Michelle got pregnant from Castro at least four times, and the beast beat her with his fists and even dumbbells, sometimes slamming her against the wall to induce miscarriage.

Amanda somehow gave birth to a child in 2006.

Neighbors say they reported to police suspicious activity at the home on Cleveland’s rough west side, but police found nothing unusual, even though parts of the home were locked and inaccessible.

In 2013, Amanda managed to escape, catalyzing the subsequent rescue of her co-captives and arrest of Castro. Michelle was only 80 pounds when she was found and taken to the hospital. She had lost the will to live.

“They told me I only had two days to live, I was dying of a bacterial infection. I just wanted to let go.” Michelle recounted. “The first time that I tried to let go (and die), the first thought that came to my mind was my son. I don’t want my son to see me as a person that took the easy way out. That’s the real reason why I didn’t commit suicide.” Read the rest of the harrowing story with a happy ending of Michelle Knight Christian.

She turned to witchcraft for protection until God called her ‘daughter’ 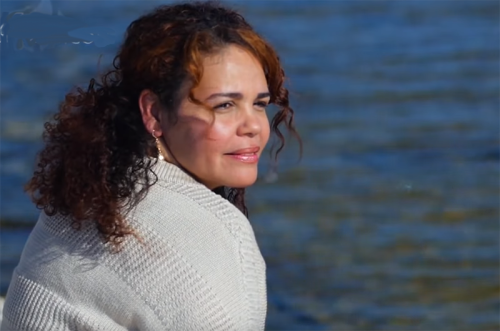 “The black widow lures her mate and after she’s done, she kills him,” Merari says in a 700 Club video. “And that’s exactly what I was doing.”

Her father left when she was just 6, and her mom was working many jobs. Merari was always with a babysitter, who happened to be married to a police officer. The cop exploited little Merari for a year.

“The words he would speak to me were so controlling. I remember him putting such fear in me,” she remembers. “The message he was telling me pretty much was that I belonged to him. I felt like it was my fault. The hatred for myself began to build.”

Her mother eventually picked up on the activity and intervened to put a stop to it. But when Merari was 11 years old, a family friend took advantage of her. Her mother confronted him with Merari present, and the man opened the Bible in front of them, put his hand on top and swore to his innocence.

When Merari saw his total lack of fear or respect for God, she assumed, “God does not exist.”

“I decided right there that I would never want to hear in my life of God or the name of God — ever,” she recalls with tears.

She started to act out of rebellion by drinking, smoking, skipping school.

Merari also encountered many abusive relationships and had three kids while she was still a teenager.

When Merari was 18 she thought she found the answer through witchcraft and Goth subculture.

“They seemed so together and always talking about power and how you could now have the power to control someone else,” she says. “All of my life I was controlled. Now I wanted to control those around me.”

She was baptized into witchcraft and given a special name.

Merari began casting spells to control people around her. Now she felt like she could protect herself.

She continued in the occult, but when the other witches wanted to initiate her children, Merari drew the line. She moved out of town and wanted a fresh start. She thought she had moved on, but at home one night she had a hair-raising vision.

“I see this beast just standing in a yard and it was a form of a lion, but he was awful-looking,” Merari says. “And I look and he opens his mouth and I noticed someone is in his mouth, and so I yell out ‘Oh my God, help! He’s got someone in his mouth!’ and when he turned the person right before he’s going to swallow, I looked and I saw it was me.

Then she heard a different voice, one that she didn’t recognize but wasn’t one to stir fear. It was soothing.

“Merari, I’ve been calling you for a long time,” the voice beckoned. “If you don’t come to me now, he’s going to kill you.”

Somehow she knew the voice belonged to God. She asked for time, but God spoke a soft word to her that melted her heart.

She fell to the floor crying out: “God, Lord, Please don’t let me die. I receive You. I don’t know You and I’m sorry. But thank you for showing me where I was.” Read the rest: Black Widow in witchcraft turns to God after Father calls her ‘daughter.’ 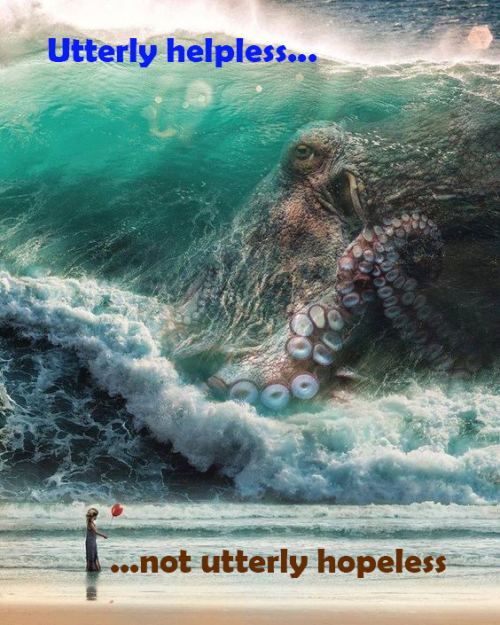 The human condition is fallen, sinful, failure-riddled. Can we defeat temptation? Jesus is our only hope.

Fentanyl: the killingest drug yet

Hi guys. I’ve been teaching health class at the our private Christian school in Los Angeles, the Lighthouse Christian Academy. Naturally, I have been researching for the units, including the latest on drug abuse. The emergency of fentanyl alarms me. So this video is to increase awareness. From the internet, it looks like there is hope for fentanyl addicts, but there are some scary stories too. The easiest way to get off is to never get on.