Winning Muslims to Christ with a hug 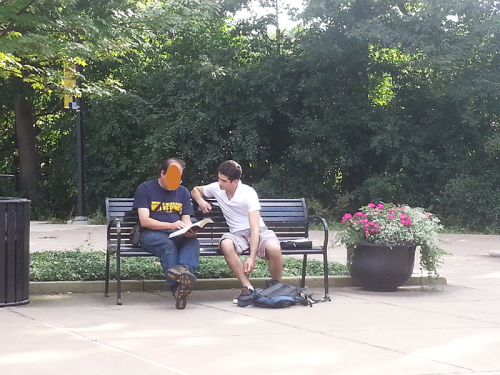 Forget the bombs, commando squads, closed borders and anti-Sharia laws. The way to defeat Islamic threat here in America is to evangelize Muslims with love, says one expert.

“Islam is a spiritual enemy. It’s not physical. It’s not people. The only way to encounter is prayer and outreach,” says Daniel Ted, head of the Christian Islamic Dialogue. “Without preaching the gospel, there is no ability to change people’s minds and hearts. That’s the only hope.

“If we address spiritual problems with physical means like politically, economically, it’s not going to work,” he tells God Reports. “We appreciate everybody’s job — like our troops — but they’re not going to solve the problem because the problem is spiritual in origin.”

Daniel Ted was born into the Orthodox Church in a Northern African nation but came to real faith in Jesus in an evangelical church when he was 17. He began the dangerous task of reaching out to Muslims and helped launch 15 churches. If only one Muslim had turned him over to authorities, Daniel would have been thrown into prison and tortured.

After several years, he took a break/vacation to the U.S. and ultimately decided to stay. He started reaching out to Muslims in their communities, outside their mosques and over the internet, a ministry he has led for 10 years.

His technique is simple: no fancy arguments or disputation of any kind. Talk about Jesus and points of the Koran that mention personages in the Bible. Then after the discussion, no matter how heated it may have become, he hugs the man with whom he’s held the discussion.

“The main key to reach out to Muslims is to love them. That’s why after strong discussions, when I give them a hug, they melt down. I’ve seen this many times. And in some cases, I’ve seen tears in their eyes,” Daniel says. “If you start with apologetics or polemics, you lose the friendship. We start with Jesus, and when they accept Jesus in their hearts, they will be open to other things.”

Many, many Muslims have converted, he says. He doesn’t like to provide numbers because his work is only the seed. Only God knows the true number of Muslims who complete the journey to Christ, he says.

Pastor Adrian Rodriguez, who has four ex-Muslims in his church outside Hartford, Connecticut, has gone with Daniel on outreaches. Around the neighborhood is a community of refugees from the Middle East.

“He just starts talking with them about the Koran and the Bible. He goes and witnesses to Muslims. That’s all he does,” Adrian says. “He knows the root of Arabic. He’s a very intelligent guy. He meets with imams. He witnesses to them.”

Traveling around 11 states where Muslim communities are, Daniel leads teams to evangelize their Islamic neighbors with the love of Christ. Not much chalkboard learning, just walking the streets and striking up conversations.

Behind the facade of success, “Taylor” languished in fear because of his parents’ constant fighting. Like so many teenagers, he reached out over the Internet for an understanding person. Thankfully, he didn’t fall into the hands of a predator.

Taylor stumbled upon a Christian chat through the organization JesusCares.com and someone online led him to Christ. Soon, he found out a lacrosse teammate was Christian and decided to go with him to church. Eventually, his family joined him at church.

“My home feels different now,” Taylor says. “It will take time, but my parents say they want our house to be `full of Jesus’ from now on.”

Every day, JesusCares chatters engage 180 young people, and as many as a dozen on any given day may be suicidal, says Sean Dunn, founder of JesusCares and its parent organization Groundwire.net. The round-the-clock volunteer counselors are born-again Christians with a passion to reach the lost.

With great listening skills, compassion and patience, they encourage young people who struggle with their self-image, along with loneliness, hopelessness and fear of failure.

“Young adults do not have the stability of healthy families, strong spiritual lives, and distinct purpose that used to be more common,” Dunn says. “They are struggling to find themselves, find purpose, and find hope. To quote scripture, this generation is ‘harassed and helpless, like sheep without a shepherd.’ When Jesus recognized these conditions in Matthew 9:35-38, he came to a conclusion: ‘The harvest is plentiful.’” Read more about this innovative internet evangelism.

Tagged Christianity, cutting, eating disorders, ED, Faith, Groundwire, hopelessness, is there any hope for the future?, Jesus, JesusCares, life, loneliness, reject, self-harm, troubled youth, ugly, why am I not good enough?, why can't I measure up?, youth