She was becoming too Westernized, so her Muslim parents married her off back in Pakistan

Born in a strict Shia Muslim Pakistani family in South London, Rayeesa was becoming too westernized, too worldly, according to her family, because she wanted to… play tennis.

Yes, that’s right. She wanted to play tennis. Compete, to be more exact. And that was wholly inappropriate for a proper Muslim girl, she was told. So her parents sent her and her sister back to Pakistan and married them off to Muslim men.

“We loved tennis. And I wanted to enter competitions,” Rayeesa said in a CBN video. “They wouldn’t allow that because it was not respectable for a Muslim girl. My parents told me and my sister, ‘You are going to in Pakistan and we are going to find you suitable husbands.’ I had never ever thought that would happen to me. It actually made me feel completely alone.” 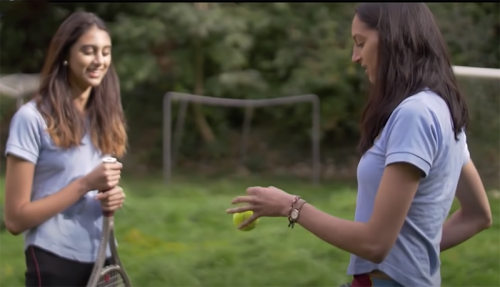 One night Rayeesa and her sister tried to escape. In their flight, they tried to enlist the assistance of some guards. But when the guards tried to get “overly friendly” with them, they resisted their advances. Giving up, the guards instead forced them to return home.

Rayeesa was married against her will in accordance with Muslim practices to an Indian man she didn’t even know.

The good news is that he didn’t really love her and only wanted to use her as a means to get to England himself. He sent Rayeesa to England with the plan that she would arrange his paperwork to immigrate later. 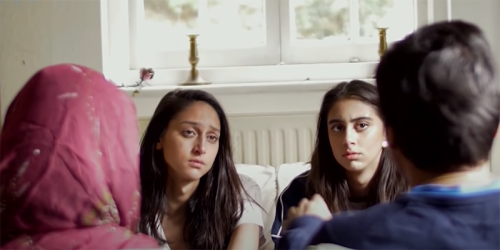 Instead, she joined the police force.

In was on the force that she met a colleague with a deep and vibrant relationship with Christ. Rayeesa had read the Bible and the Koran but didn’t know which to believe. But her friend, Anna, had a recognizable glow missing from Rayeesa’s life.

“What’s so special about Jesus? Just tell me,” Rayeesa asked her one day. “Why do you love Jesus so much?”

“I thought that was the most crazy thing. She told me who God was. That was so different to what I had been taught,” Rayeesa recalls. “I was taught that Jesus was a prophet and He was like Mohammed. But hearing Anna’s explanation of how Jesus was actually God in human form coming and then giving his life and dying so that we could have a relationship with God.”

Rayeesa mulled the presentation. What if it is true? What if Jesus really is God? I am believing in Mohammed and Allah, but what if it is not the truth?

Rayeesa committed to the quest of unearthing the truth.

From that point onwards, she was determined to find the truth about God. Who is God? she wondered.

Finally, she got down on her knees and prayed: “Jesus if you are real, if you are who you say you are then I hear your voice that you are knocking on the door. I open my heart and I want you to come in.”

Then God answered her prayer in a remarkable way. “Suddenly the minute I said that it just felt like I was flooded with love. It was an instant feeling of being washed and accepted and I knew then that this Jesus is real,” she recounts. “Worry and fear and everything was just washed away by this love and I felt complete. Read the rest: Westernized Muslims in England.