Avid atheist in drugs returns because of mom’s prayers

Steve Prendergast went from diehard Christian in his youth to a hard-to-kill “avid atheist” who drank, took drugs, and ridiculed his praying mom.

“I pretty much ran out of veins to inject crack cocaine with,” says the former wrestler who crashed a vehicle while drunk and had a leg amputated as a result. “Thank God for a persistent mother. I credit a praying mother who prayed with my Aunt Linda for over 20 years.”

After three motorcycle accidents, a boating accident, five overdoses and two suicide attempts, the boy who started on fire with God finally relented and came back to God.

Steve’s start was in a Christian home with lots of love for the Word of God. But curiosity to see what the world had to offer seduced his heart.

“At age 16, I started to binge drink,” Steven says on 100 Huntley Street video on YouTube. “I wanted to see what life was like on the other side of the fence.”

When his young Christian girlfriend moved away, he blamed God and searched for “hypocrisies” in the church to justify his plunge into temptation.

“I became a very avid atheist,” Steve acknowledges. “I actively mocked people, including my mother, and friends of mine who had faith. It didn’t matter what your religion was, I would still mock you if you believed in any form of a deity. That’s how far I drifted away.”

The bar scenes, the drug and alcohol culture began to fill his boat with water, sinking him ever deeper. He worked full time, and as soon as he got home, his phone rang non-stop; he became a drug dealer as well.

Posted in atheism, Christ, Christian, Christian forgiveness, Christian news, Christian testimony, Christianity, drug addiction, drug trafficking, drugs, faith, God, how do i get off drugs, How do I pray?, how to pray?, Jesus, power of prayer, praying mothers, praying saints

When Graham Cottone was finally diagnosed with Asperger’s at age 10, it was a tremendous relief. Before that, his parents didn’t know what was wrong and they blamed themselves. He was constantly punished, made fun of, and friendless.

“He was hard. He was very, very hard to love,” Lore Cotton, his mother, says on a 700 Club Interactive video. “You love your children. They’re your children. We disciplined out of anger on several occasions. It was scary to think, ‘What are we doing? We’re spanking all the time.”

“It just was so overwhelming. I remember just going in my bedroom and being so exasperated,” Lore says. “I just fell down on my bed and just began sobbing.”

Out of her prayer that day, God impressed on her heart: Graham is going to get it.

Despite what Lore felt God impart, she didn’t see any encouraging signs. To the contrary, Graham went downhill fast.

At 13, he began using marijuana. He began cutting himself to relieve anxiety. He started fires in the house. He got into a physical fight with his dad, Lore recounts.

“He ran out and got a rock and he threw it and he hit me in the head,” says Michael Cottone, the father. They called 911, and the police intervened. Graham was arrested and jailed and placed under a restraining order to stay away from home.

“We know you’re going to let him come back,” the cops told the parents at the time. “But we’re not.”

Not long after, Graham experienced some sort of emotional breakdown and broken into a house in Texas.

He grew up in jail and mental hospitals.

“I wanted Graham to have peace and have joy,” Lore says.

Graham moved to Colorado, then hitchhiked to Oregon.

“We were actually on a vacation in Mexico,” Lore says. “Graham called us just half crazed, he was crying and screaming and mad because he had run out of all of his medications and he was at a hospital and they wouldn’t give him any more medications.”

Lore offered to wire him some money but said she couldn’t do much else.

Graham wouldn’t answer his phone and soon lost his phone. There was no way to get ahold of him.

“It felt really bad. It felt like the end,” she says. “All we could do was pray. I just told God, ‘He is yours. He’s always been yours. I want so badly to go rescue him, but I know you brought me here. You took me out of the way. I need to trust and let You do your thing.’”

After the vacation, Lore got a call from her son in Sacramento, California. He had hopped a freight train down from Portland with a group of vagabonds.

“I lost everything,” he said. “I knew I didn’t know anybody for thousands of miles, but I need God.”

As multiracial dyslexic at 11 years old, Choby Siau was an easy target for bullying at his new school in New Zealand.

Choby grew up in a church, but he never had a personal relationship with God. He felt hurt by the church.

“I knew He was real, but I just really thought, ‘How can God let abuse happen to me and my brother?’ I had a distrust of God, and I blamed God for what I went through,” Choby continues.

At 13 years old, Choby and his family left to Penang, Malaysia, where he joined a local Triad, a Chinese mafia. 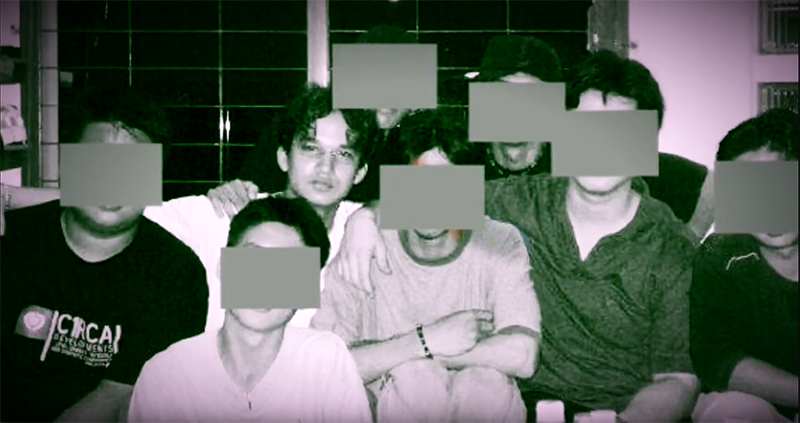 “My goal was to raise in the ranks,” Choby says. “I wanted to become a boss in the Triad.”

Choby got kicked out of school in the 8th grade.

“Choby, because you’re out (of school), I’m going to teach you about the ways of the Chinese Triad,’” Choby’s boss told him.

Choby was hooked for life.

Choby started as a fighter. Anytime there was a problem for the Triad in Penang, he was called upon to settle scores.

At 17, he and his family moved to America, far away from his girlfriend. Through his connections in the Triad, he learned she was cheating on him.

“Listen,” he threatened his girlfriend over the phone, “I want you to tell that guy that I have a present coming for him.”

But before he could board the plane, his mom had a very serious talk with him.

“Son, I don’t know if I’ll ever see you again,” she told him ominously.

“God spoke to her that I was gonna die in Malaysia,” Choby explains. Read the rest of Triad gang member comes to salvation