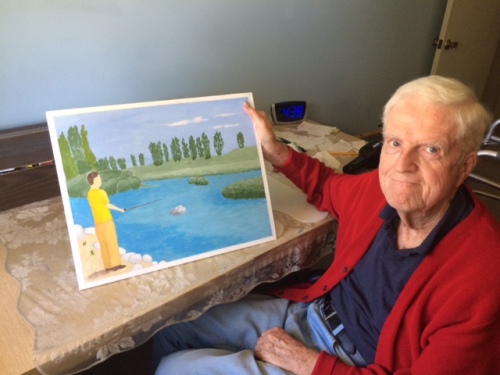 My 88-year-old dad finally got back to painting. He fell and broke his hip in April and hasn’t felt like he could concentrate on his creative efforts. He has a fantastic rehab coach and a 24-hour caregiver. He has good doctors and a couple of good sons. His taste buds finally reactivated, so he’s getting back to his ideal weight.

Last but not least, he’s started painting — and with it hope is reborn in his heart.

Except for the smallest of children, we’re all in some sort of recovery. Sin — life — tends to damage. Recovery is not just for the alcoholic. It’s for marriage that you want to last. It’s for forgiveness you’re struggling to work out. It’s for the person at the gym. It’s for slip-ups and backslidings.

Recovery is for humans.

Pride would have you believe you don’t need any recovery, that you’re completely successful with every area of your life under control. You know why I’m a Christian? Because I’m more honest and real than that. I fully acknowledge my need for a Savior and my need for his ongoing recovery process ministered continually by His Word and His Spirit. Recovery is a good thing, so I embrace it whole-heartedly. 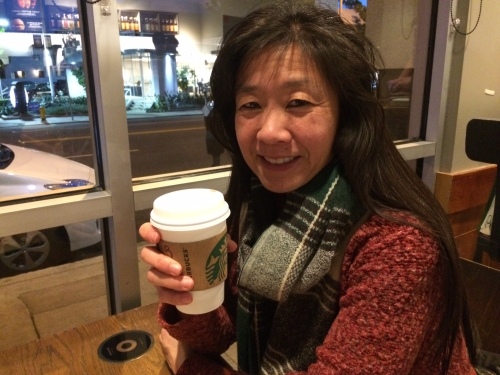 My New Year’s resolution lasted 2:34 hours, and then my wife woke up. She wasn’t talking loud enough for me to her, so I got mad. Oops.

The good thing is that can I re-take the resolution to be patient, loving and appreciative. I have the best wife in the world, so why do I get peeved over insignificant stuff???

Actually, I feel awkward lavishing praise publicly over my wife. It’s not that she doesn’t deserve it. But I don’t want to hurt people who have been hurt. I don’t want wives to get mad that their husbands are “unappreciative,” and I don’t want husbands to become envious. But a blogger friend said the internet needs more content eulogizing marriage. People need to know that good old-fashioned marriage, though it requires much work and sacrifice, can work very well. The cases where it works well are not isolated. To be sure, they are declining because of the insidious barrage of negative comments. Contrary to the constant bad press, marriage is still the best thing out there.

I refute the both the singing singles and the moaning marrieds. Your single life is NOT better. Your married life just needs work; stop griping (you studied years for your career, how much have you worked on your marriage?).

If you are divorced, try again. Do it right this time. Get God involved. Just because marriage is risky (both have to put in 100%) doesn’t mean it’s not worth a second try.

Once you’re divorced, you can’t fix it. If you’re married, you can fix things. I can still fix my New Year’s resolution. 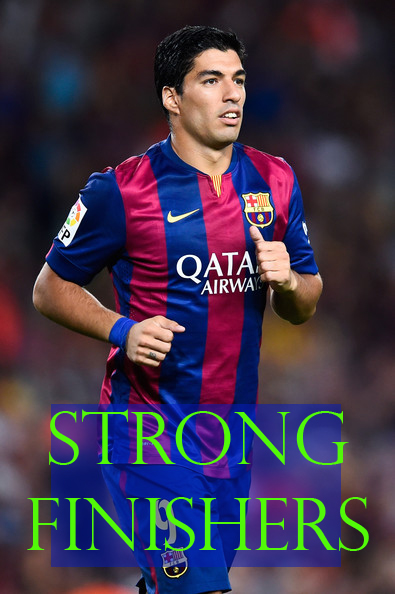 Luis Suarez is one of the strongest finishers in soccer.

Useless is the team that defends well, keeps possession, gets to goal, but then can’t put the ball in the net. Every team has the need for a strong finisher, someone who consistently strikes on target, someone who bamboozles the goalie.

The finisher may not dribble well, may not pass well, may not have great stamina. That’s not his job. His is to finish all the work up to the goal.

As Christians, we need to be strong finishers. It’s useless to a meteoric rise, a glorious carrying forth, only to die out at the end. God help me to be a strong finisher.