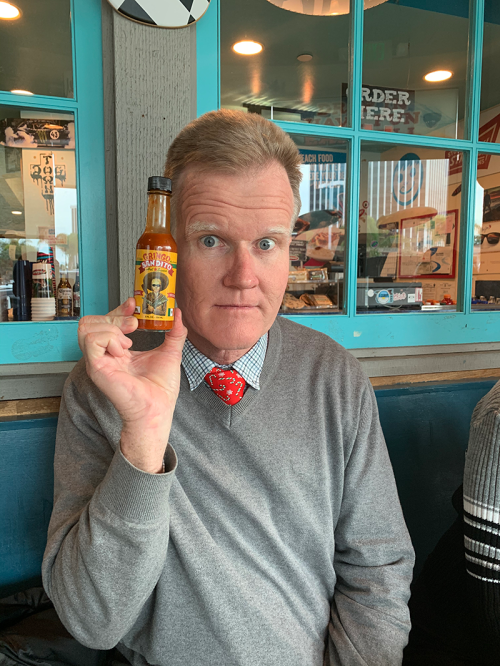 Zoom in. Does the guy in the logo look like me? I’m taking a vote. Did they steal my image without paying me royalties?

Wahoo’s is my go-to for quick food. It is super-tasty and healthy.

You may imagine my consternation when the West Los Angeles/Brentwood one closed, since it was the closest to my work at the Lighthouse Christian Academy. 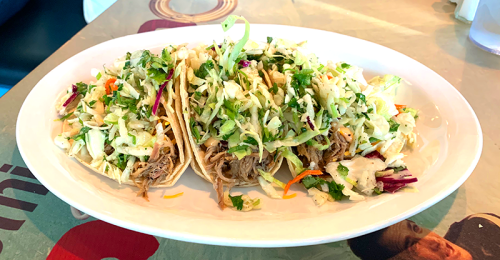 We recently went to the Marina Del Rey Wahoo’s with the full squad, even the terrible teen who unleashes his fury easily, to evaluate a spread of items. Naturally, Wahoo’s earned top marks, though not universally.

My favorite is the citrus taco with grilled Mahi Mahi. I like to zip it up the the Gringo Bandido hot sauce, which has a nice vinegar flavor and not too hot. I am struck by how much the logo appears to my likeness and have even considered a suit for using my image without paying me royalties, but that hasn’t got off the ground. 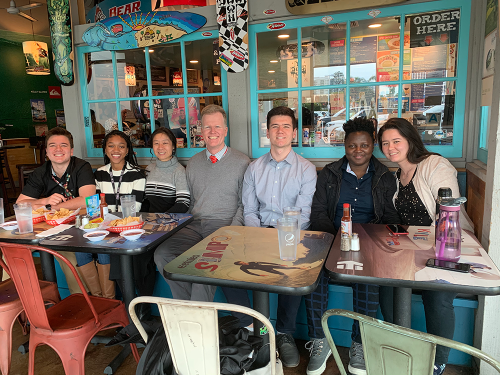 With the whole crew of evaluators.

What did get off the ground, was our appetites. Dianna ordered the fish salad, and she says she could have done better herself. Dee ordered the quesadilla because she adores cheese and said it was fantastic. She liked it more than the fish tacos, which she got last time. This sparked an intense debate with me because I am a virulent defender of Wahoo’s. As a matter of fact, I’ve only had one fish taco ever come close to competing in my entire life. 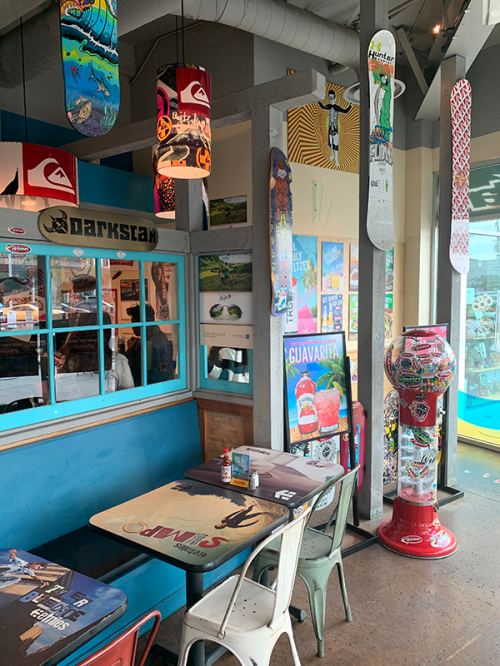 Rob ordered the burrito, which he flunked for being small and expensive. Hosea ordered by accident the wrong thing and said he usually is a huge believer in the Wahoo’s burrito. 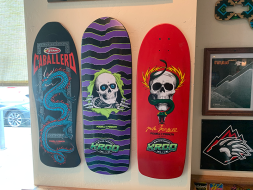 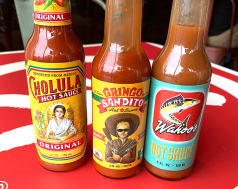 Wahoo’s exudes a skater-surfer ethos. Founded by three Chinese brothers who immigrated from Brazil (where the family had escaped to initially to escape the Maoists taking over China). And that’s how they concocted the tangy unique flavor for the sauces in their eatery. 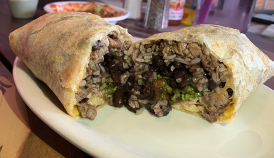 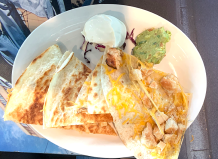 They opened their first in Costa Mesa, to the South and have quietly taken over Southern California. They’ve expanded into Hawaii and Japan and opened one in New Jersey. 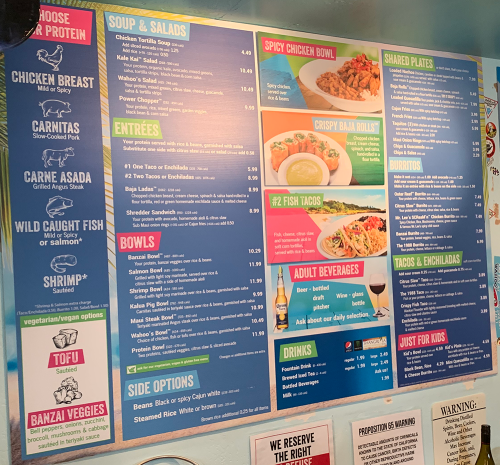 Wing Lam can still be see driving around Los Angeles in his Ferrari. Invariably, he dresses surfer garb and wears long hair. He’s the face of the company. 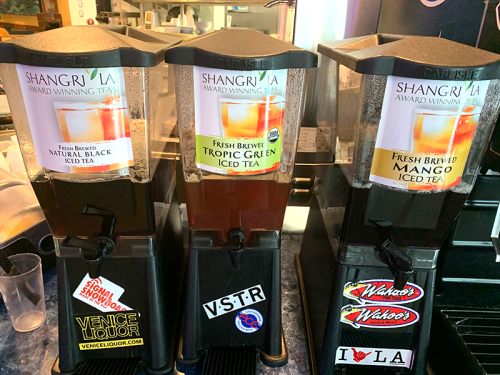 Wahoo’s distances itself from fastfood culture; a server will always come to your table to make sure everything is OK. 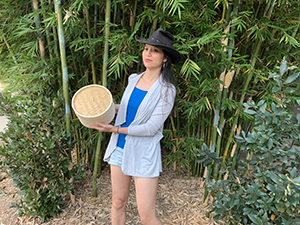 When you Sunday school teachers look like The Addams Family 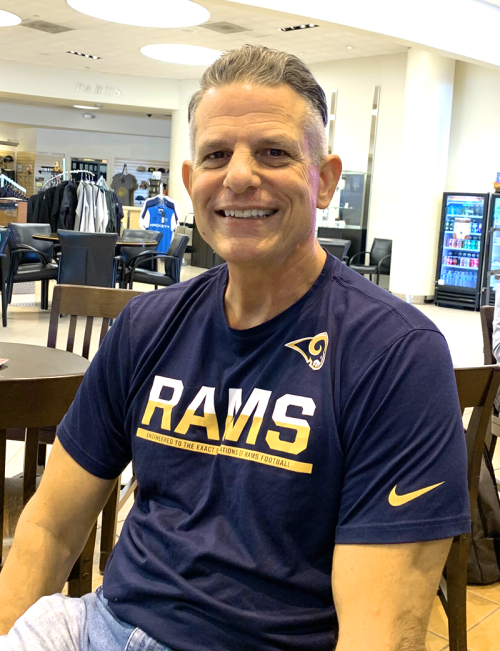 Jeff Fischer thought the Sunday school teachers of his childhood mainline church resembled the spooky characters on The Addams Family TV series, so he had no desire to go to church or come to Jesus.

But when he suffered a collapsed lung and a painful air bubble between his heart and lung, he grappled with neurotic fear of death and finally relented to accompany a co-worker to a “weird” Jesus People movement church where they asked him, “Have you been washed by the blood?”

He thought it was a cult and dashed for the door.

But he started reading his Bible — and he pasted a “Jesus Lives” bumper sticker on his car. (He didn’t know what the One Way index finger pointed to Heaven sign was about, so he flipped off someone on the road who attempted to congratulate him for the bumper sticker.) 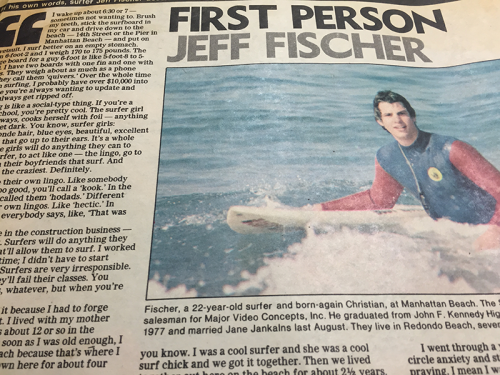 “I started with Matthew and read straight through the gospels,” Jeff says. “All I remember is seeing my sin in the pages and seeing Jesus so gracious and so accepting of sinners. My father left when I was 10 years old, so I had real issues with being accepted. I kept reading and kept seeing Jesus accepting all these people.”

Maybe he can accept me, he thought.

The next time Jeff attended a born-again function, it was a Bible study in Woodland Hills, California, taught by a bassist he had seen on The Tonight Show — a “cool guy who knows Jesus.”

What’s going on?” he thought.

“I was thinking seriously about my mortality and my fear of death. I had people talking about Jesus and how He could save me and set me free from fear and that I could know that if I die I could go to Heaven. I didn’t have to live the way I was living and I could be free,” Jeff says. “That was utterly compelling, but I was also scared to death to give up my life because I wanted to continue to sin, to do my life and not God’s.”

He was living his dream life in Manhattan Beach, California — abusing drugs and alcohol, playing in a rock band called “Tyme,” and surfing everyday — but he was miserable and hung over most of the time.

As The Tonight Show musician taught, Jeff’s fears subsided and the Spirit welled up in him. At the end of the Bible study, the leader asked for everyone to bow their heads and close their eyes. “If anyone wants to receive Jesus, raise your hand,” he said.

Don’t put your hand in the air, he told himself, but his hand leaped off his lap. Read the rest: surfer druggie saved in Jesus People Movement pastors in San Fernando Valley.