Beyond God’s forgiveness because he altered his body to be transgender?

Samuel’s mother prayed but couldn’t get pregnant. So when Samuel was conceived, he was her miracle child.

Growing up in a Christian household in Fort Myers, Florida,, little Samuel Jordan III dreamed of becoming a pastor.

But at eight years old, he was sexually abused by a friend’s family member.

“He starts saying things like ‘We’re just acting, I’m gonna be the man, you’re gonna be the woman,’” says Samuel. “The innocence that I carried as a little boy that loved Jesus, I really felt like that got snatched away from me,” he recounts on a 700 Club video. 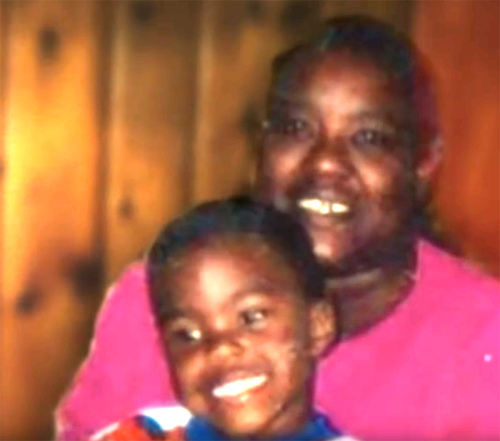 Perversely, Samuel began to enjoy the sin and seek it regularly.

By age 14, he was exploring homosexuality on his own with friends from school.

Meanwhile, feelings of guilt and shame troubled him at church.

“I asked God, ‘Whatever this feeling is, I need you to take this out of me,’” Samuel recalls. But “it seemed every time I prayed, nothing really changed.”

The routine of secret sin got upended when mom discovered an explicit note in his backpack. She was shocked and decided to take a radical stand of tough love: to cut off her relationship with her son.

“My relationship with her at that moment took a shift. She told me, ‘If this is how you’re gonna live, I can’t talk to you.’” Samuel remembers, crying. ”I was like her blessing, but I became her curse, and she could no longer look at me.”

In hopes to restore his relationship with his mom, he halted the promiscuity.

He never could patch things up with his mother. She died of cancer after two years of broken communication with her son.

“I felt like that last piece of me had left the earth,” he says. “There was a hollowness in my heart and Samuel was gone.”

Then his father moved in with another woman and Samuel was left on his own.

With no one around to support him, Samuel gravitated back towards the life of sin and found acceptance in the gay community.

“I really hated Samuel. He wasn’t accepted, Samuel was disowned, Samuel was alone,” he continues. “So when I finally saw (the gay) lifestyle and found a sense for belonging, I went for it.”

Samuel changed his name to Simone and lived as a transgender and got breast implants.

He even worked as an escort.

“Simone was that person that got the level of affirmation and love and acceptance that Samuel never got,” Samuel states.

At the same time, he wrestled with guilt and shame.

“Though I had become this person, I didn’t know who I was looking at,” Samuel recalls. “I just felt like my inside who I really was, was now being destroyed.”

After he dropped out of Tallahassee Community College, he moved back to Fort Myers into the home of a family friend who took him on the condition that he go to church with her.

He wasn’t altogether turned off by the idea of going to church. He felt very lost and hoped to find some direction.

As he listened to the worship, he felt a new sensation coming over him.

“I knew I was desperate for something, and that moment made sense,” Samuel says. “I was desperate for Him and I was lost without Him, and so as he began to sing, began to cry from a very desperate place.” Read the rest: transgender not beyond the forgiveness and restoration of God.

In Finland, the Rock rocks

In Finland, where heavy metal is mainstream, a movement melding the lyrics of traditional hymns with the snarl of hard rocking ‘Metal Mass’ is drawing sinners through churches’ doors.

In 2006, Haka Kekalainen, a pastor with the Evangelical Lutheran Church of Finland, decided with four other heavy metal aficionados to do the unthinkable: wedding their passion for rock with their love for the Rock.

“We didn’t change the lyrics of the hymns,” says Kekäläinen, a 50-year-old with a ponytail who drops his leather clothes for priestly garb on Sundays. “We only changed the musical arrangements to fit the rhythms of metal music. The hymns contain some very cruel words. It fits with metal music.”

The first “mass” where metal hymns were played was packed by 1,300 in the Temppeliaukio Church of Helsinki, Kekalainen, according to the website This is Finland. More than 100 similar Metal Masses have been offered throughout Finland since then, and all 8,000 copies of the subsequent album Metallimessu were snapped up. The recording hit #12 on Finnish billboard charts and stayed in the top 40 for three weeks.

“It was really good,” Akseli Inkinen, a 17-year-old with long, messy hair, told The Washington Times. The pews get packed with teens who pump the air with fists while the lead singers mosh around the stage.

Mika Mäkinen, a 30-something man with his blond hair in a ponytail, eschews normal church services. But since his first Metal Mass, he’s become a regular to the services, the rock and hearing the Word of God. “This is my ninth time,” he told This is Finland. Read the rest

Editor’s note: My student at the Lighthouse Christian Academy in Santa Monica wrote this article as an assignment.