Be exceptionally cute. And poor. Living in a dangerous part of the world. Murtaza Ahmadi’s brother took this picture of him and posted it on the internet. While death via the Taliban has hit most families around them, it still has not struck them directly, the brother says.

He was just a 5-year-old who loves soccer. The family, which subsists on farming, watches soccer as a distraction from the horrors that surround them. And Murtaza decided his favorite player was the Argentinian star who plays for Barcelona. So he wanted a jersey. He even cried.

The internet went crazy, reposting and proliferating. People were asking: Who is this kid? Even Messi saw it and wanted to give the kid a real one. As a spokesman for Unicef, Messi through the charitable organization tracked him down and handed over the jersey (not personally).

Now my heart is warmed. I love Messi all the more for his kind gesture. I love this kid. The only bummer is that I still don’t have a Messi jersey myself.

He could have played for instead of against 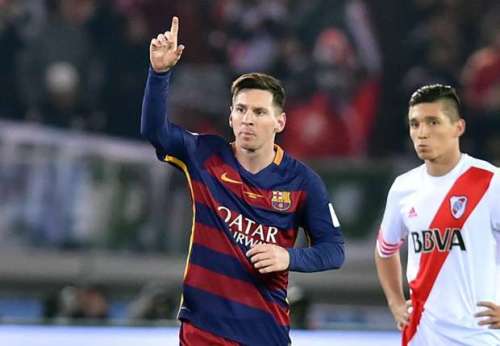 Lionel Messi, with whom defenders can only keep up with their eyes, was loaded with so much talent, but clubs in Argentina were unwilling to give him the costly growth hormone he needed.

At 9, he would put 100s of touches on the ball to elude the best kid defenders. At 11, he was diagnosed with growth hormone deficiency. His club, Newell’s Old Boys in Rosario, agreed to pay the daily injections that would cost $1,500 a month but only wound up given him 300 pesos. 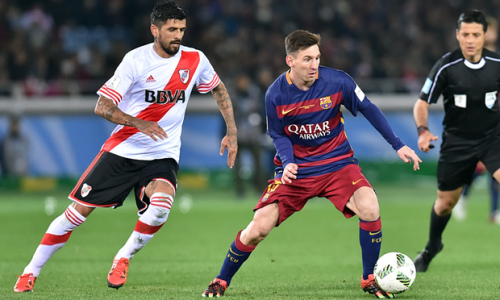 So he signed for FC Barcelona, which has since seen its investment amply paid back. Messi has won four consecutive Ballon d’Or, three Champion Leagues and six Spanish League titles.

He just won the World Cup of Clubs against an Argentine club, River Plate. When he scored the first goal, he raised his hand to apologize out of respect for his motherland. Still, ultra fans insulted and spat on him at the airport. But had River Plate been willing to invest in Messi, the world’s best player (my opinion) might have played for them.

I have seen this in the church and it makes my stomach churn. Don’t despise anybody God brings in. Everyone has talents and destiny. Appreciate everybody; they’re there for a reason. They have talents you don’t. Without their contributions, your church will be deficient.

The prize goes to the most consistent

It wasn’t Mario Goetze’s sublimely chested reception of a lofted center or his twisting left-footed volley that won the World Cup for Germany. It was the consistency of its team.

A feat of artistic football perfection, Goetze’s goal will doubtless be chronicled along with the works of Michelangelo. But the mind-boggling shot that beat Argentina 1-0 in extra time was only the fruit of a team that has made soccer into a science.

Probably the Argentinians were expecting to go to penalties. Or maybe they were just plain tired. But they left Goetze unmarked late in extra time for him to execute a logic-defying goal.

Germany was the first country to apply America’s sports science (from baseball, football and basketball) to soccer. They scout nationwide talent from 8-year-olds upwards. They methodically develop stars. They rigorously analyze strengths and weaknesses. They practice meticulously every possible play in the free-flowing sport that has no huddle, no time-outs, no plays called from the sidelines.

Argentina seemed only to come to life in semi-finals. With flair and an energetic midfield, Argentina showed moments of brilliance in the final but were unlucky to not finish.

In the end, the Sons of Science beat the Kings of Creativity.

The $10 million chunk of goal goes to Germany for the fourth time in history.

Germany defended tenaciously and waited, waited, waited for just one defensive lapse, a moment that came deep in extra time when substitute Goetz found himself unmarked in the area. The baby-faced wunderkind bounced the ball perfectly off his chest and confounded ace goalie Sergio Romero by spinning and smashing the ball into the opposite side of the goal.

The gem of a goal only crowned a winning system. 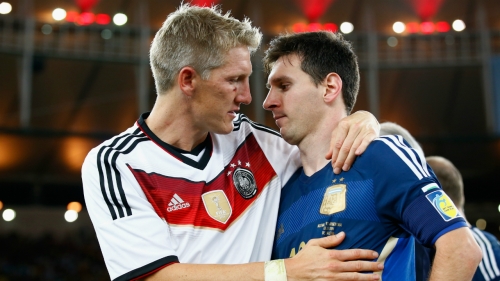 I was disappointed because I wanted Lionel Messi to win the only trophy missing from his war chest. I admire Messi for his humility and ability. Plus, he plays for my favorite club team, FC Barcelona.

But I can’t moan much. Germany deserved the final.

Actually, their win answers a great Christian dilemma. If all sins can be forgiven, why try to serve the Lord? Why not consent to your flesh since you can still make Heaven?

The reason is prize goes to the consistent. While you can always make Heaven with some repentance, you miss so many blessings in your life through your disobedience. Please don’t misunderstand. I’m not condemning anyone. We all flub. But I encourage — myself included — to strive to do better. Let’s all (Christians) strive to be more consistent in our service to God. WE will reap the benefits.

Another Argentina showed up

What I saw previously of Argentina in World Cup rounds left me doubting. They were flat. They struggled to beat easy opponents. They lacked the flair that carries teams from the Americas in the Americas to lift the gold trophy.

But fizzless Argentina showed up to play today against Holland and shattered my predictions. (After witnessing the Orange Machine demolish former champ Spain with aggressive defending and laser-sharp passes with unthinkable finishes, I speculated they’d win their first ever).

It was a different Argentina. They looked like electrons shooting around the midfield, dominating most of the game. Unstoppable Arjen Robben met his match in the superb defender Javier Mascherano, whose millisecond-pinpoint tackle deprived Robben of his best chance. Argentina just couldn’t pick the lock of the Dutch defense, and so the game had to go to penalties.

It reminded of Samson. Ever flubbing, Samson showed up strong on game day. We live under grace to forgive our sins. When we are needed to step up to the plate, let it be a different us — a Holy Spirit empowered us — that shows up.