With a huge, swarthy bully chasing him, the tow-headed third grader ran home after school as fast as he could.

This was little Carlos Ray’s misery everyday in Miami, Arizona – until a gas station attendant stopped him and taught him to stand up to the bigger boy.

Little Carlitos trembled with fear as he faced his bully. The two grappling in the dirt for minutes that seemed like an eternity, and Carlos was receiving a walloping. Suddently, he grabbed his adversary’s finger bent it backwards. The bully cried out in pain and surrendered, according to the autobiography, Against All Odds: My Story.

When he was known as Carlos Ray

That’s how America’s toughest tough guy got his start. The shy and intimidated little kid later learned martial arts in Korea, while he was in the Air Force. It was in Korea that Carlos Ray Norris adopted his nickname “Chuck.”

The martial arts instructor and actor, now 78, was born into a dysfunctional family with an alcoholic father. He was part Cherokee, but that didn’t help him when his mother moved to Arizona and enrolled him in a school of mostly Native Americans, where the blue-eyed blond kid seemed easy prey for schoolyard tormentors. He was introverted, non-athletic and not very academic.

After high school, he enlisted in the Air Force as an Air Policeman in 1958 and excelled at martial arts, earning more than one black belt. He eventually founded his own school with his own brand of martial arts called Chun Kuk Do.

He was discharged from the military in 1962, taught in karate schools, and excelled in competitions. He won the Professional World Full-Contact Middleweight Karate Champion title in 1968, which he retained until he retired in 1974.

His karate teaching brought him to the likes of Priscilla Presley, the Osmonds and the Hollywood tough guy Steve McQueen. McQueen encouraged Norris to try his hand at acting. He had already performed bit parts in The Wrecking Crew in 1969.

He met Bruce Lee and played the part of Lee’s nemesis in Way of the Dragon in 1972 and Return of the Dragon the following year. His acting career took off, with his biggest role being the thriller, Good Guys Wear Black. The film made $18 million in 1978. Read how Chuck Norris became Christian.

I oppose being promoted, even though kids I taught are now colleagues.

Actually, I was principal and owner of a school in Guatemala. But I kept getting out of office work and into the classroom. That’s where the real action is. That’s where people are. That’s where souls are won to Christ. You can have the administration, if you want.

It is my lifelong joy to see kids turn from sin to God, choose the path of success, flout the headlong rush of the world towards false happiness and select the enduring joy and peace of wisdom in Jesus.

And when these kids see you 25 years later, they thank you because you helped them at a critical juncture in life, the life-deciding moments of the teenage years. This, I feel, is more gratifying than a fat paycheck.

And then you know that you didn’t make a lot of money. You didn’t buy a house. You weren’t the most beautiful or famous or adored.

You made a difference in this world. And so you can continue making a difference until you get your reward in Heaven.

And that is the reason why, after 25 years, I’m still teaching in a small Christian school in Santa Monica that is making a difference one life at a time.

The founder of the Door Bilingual School (that’s me) with a student of the new generation.

After more than a month in Guatemala, I’m going home Tuesday. There was a lot of paperwork to do. I have enjoyed getting to know a new generation of kids at the Door Bilingual School that my wife and I started 20 years ago. To be sure, there are plenty of things to fix, but to see all the kids enjoying an environment free of bullying, free of drugs, just thrilled me.

Because I couldn’t go back on the ticket date, there has been a $266 surcharge on my return flight. Obviously, I’m not getting any love offering here. To the contrary, I’m giving everything I can to them because of the acute poverty they live in. So if you would like to help me meet this payment, you can click here gofund.me/MikeToGuatemala Thank you! 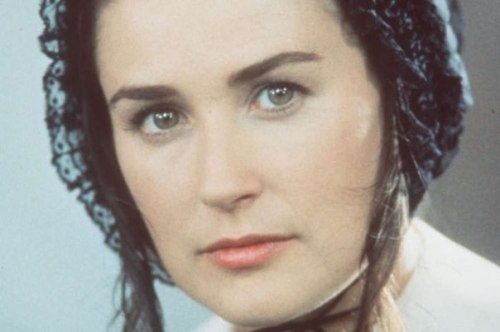 The whole town turned against Hester Prynne. She got caught — by the out-of-wedlock pregnancy.

The Puritans forced her to wear a scarlet A on her dress always as a continual stigma of shame. She was violently flung from human friendship and affection. The hardened ladies looked at her with eyes of condemnation. Preachers wanting to exhort congregations or crowds about the dangers of sins pointed out Hester. Newcomers to the town gazed curiously at the letter, wondering what it meant. Kids, unaware of the concept of sin, treated her as an outcast following behind at a distance and making fun of her.

No one should be subjected to ostracism and bullying — no matter what the cause.

Such mistreatment can make a person turn into a sociopath.

Holding up under psychological pressure for years and years, Hester doesn’t become a monster. The hero of Nathaniel Hawthorne’s The Scarlet Letter becomes a saint, giving to the poor and helping the sick. But she is the exception.

Maybe, just maybe, one of the reasons we see so many massacres, so much mental illness, is because of the way we reject people. And the absolute last place where rejection should be pervasive is Christ’s church.