How do you make poetry relevant? 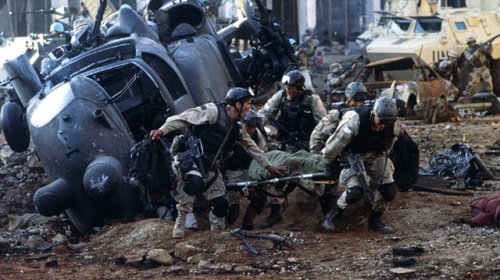 The assignment was The Charge of the Light Brigade by Tennyson, but the students’ eyes were going dry with boredom at the Lighthouse Christian Academy in Santa Monica. Vain were my pleas to see the danger, to feel the passion, to live the moment. So what do I do? I showed the students Black Hawk Down, which retells the death of 18 deaths and 73 wounded among Rangers and Delta Force operators in Somalia in 1993. Deprived of heavier armored vehicles by a Clinton administration who deemed them “too high profile,” American soldiers were overrun when things started going wrong: Todd Blackburn missed the rope on the drop in, two helicopters were shot down. Throughout the afternoon and night, the U.S. tried to evacuate the wounded and rescue the surrounded. Flower children never do well commanding armies.

Tennyson’s tributes the brave British soldiers who charged — to their deaths — in the Battle of Balaclava against the Russians in 1854 that showed similar incompetent leadership resulting in extraordinary courage and needless death.