Kevin Durant, a two-time Olympics gold medalist in basketball and the 2014 NBA most valuable player, has learned to be more vocal about his Christian faith.

The 28-year-old, 6’11” superstar is now with fellow Christian Steph Curry on the Golden State Warriors, after leading his native Oklahoma City Thunder deep into the playoffs in 2010-13.

“The Bible both pumps me up and balances me to play my best,” Durant told Beyond the Ultimate. “But it also tells me more about the Lord and how I can live for Him and what all He has done for me.” 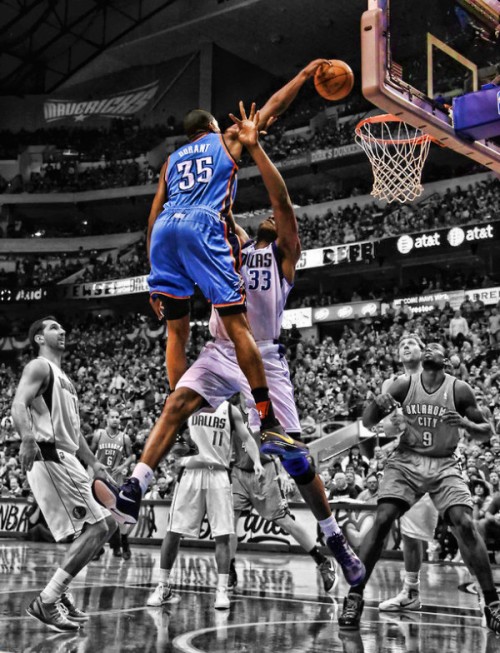 Durant, one of the NBA’s most popular players, grew up in a Christian home, led by a single mom, but fell out of church attendance in middle and high school. He excelled at basketball and in 2006 he was widely regarded as one of the best prospects for college ball. His freshman game was so overpowering that he decided to enter the NBA draft immediately.

Picked by the then-Seattle SuperSonics, he produced prodigious performances and won the Rookie of the Year acknowledgement.

The team transferred to Oklahoma and renamed itself the Thunder the next year. It was while he played for the Thunder that Durant, mum about his faith, buddied up with teammate Kevin Ollie, who encouraged him to attend chapel services and to be unafraid to voice his faith.

“He got everybody going and wanting to learn more. I was just one of the guys who was trying to follow his lead,” Durant said on Beliefnet. “He was a big teacher in helping me do that and making me feel more comfortable in my faith around other people and being able to pray for other people and pray out loud and things like that; take those baby steps.”

While he lived in Oklahoma City, Durant felt drawn to the easy-going, earnest faith of New York City Hillsong Pastor Carl Lentz and adopted the pastor as his mentor. He was baptized by Lentz in 2013.

“I used to feel like if I did something wrong, I would go to hell,” he said. Now, “I believe God’s love for me, the sacrificial death of Jesus for my sins and His grace, not my good works, are what saves me.” Read the rest of the story.

This article was written by my student Jordan Sheppard in my journalism class at the Lighthouse Christian Academy.