Children fare better with a mom and a dad

In a study that riled LBGT advocates in 2012, Professor Mark Regnerus found that kids raised by a married man and woman fared better generally than those raised in homes where they had two male parents or two female parents. Has there been any change in outcomes during the intervening years?

Surveying 15,000 Americans between 18 and 39, the study measured 40 outcome categories and found, for example, that kids of homosexual parents were more likely to be on welfare support, have depression and succumb to drug abuse than their counterparts raised in intact biological homes, according to the 2012 study, reported by CBS.

Naturally, the gay political agenda fired off rounds at the study conducted by the University of Texas at Austin sociologist. The study, they said, proved that instability at home, not homosexuality, was a problem. They maintained it was biased by the sociologist’s Catholic faith. It contradicted other, better studies, they said.

His own university department chair disavowed his study and LBGT demographer Gary Gates formed a group of 200 social scientists to attack Social Science Research, the journal which published his study. Cancel culture was in full swing.

Defending himself, Regnerus says his study was the most thorough so far and challenged opponents to conduct their own studies based on statistically significant data and prove him wrong, not just yell. Why haven’t the studies which supported raising kids in same-sex parent households not subjected to the same scrutiny as his? He asked.

“Most conclusions about same-sex parenting have been drawn from small, convenience samples, not larger, random ones,” Regnerus said. “The results of that approach have often led family scholars to conclude that there are no differences between children raised in same-sex households and those raised in other types of families. But those earlier studies have inadvertently masked real diversity among gay and lesbian parenting experiences in America.”

Since 2012, Regnerus has continued to study questions of sexuality and the family. He has attacked the “pornographization of daily life,” which erodes Christian marriage and normalizes aberrant sexual practices.

According to his most recent book in 2020, The Future of Christian Marriage, fewer Christians are getting married. What God established as the foundation of society is meeting some measure of indifference from Christians, who seemed to be influenced by cultural trends.

Of his respondents, 69% of children of lesbian mothers… Read the rest: Children fare better with a mom and a dad.

Gentlemanliness opens doors for a lady, shields her from the water spray of a car whizzing by in the rain, carries her bags out to the car for her.

When a man grows cold and distant, he drops off the natural manly inclination to protect.

When a woman hardens her heart towards her man, she stops cooking nice things for him. She grows frigid to his romantic advances.

Both sexes need to protect each other. Both sexes have weaknesses that the spouse is designed to cover. When protection fails in a marriage, a marriage is failing.

If you wonder what happened to the love of you life, start protecting again. 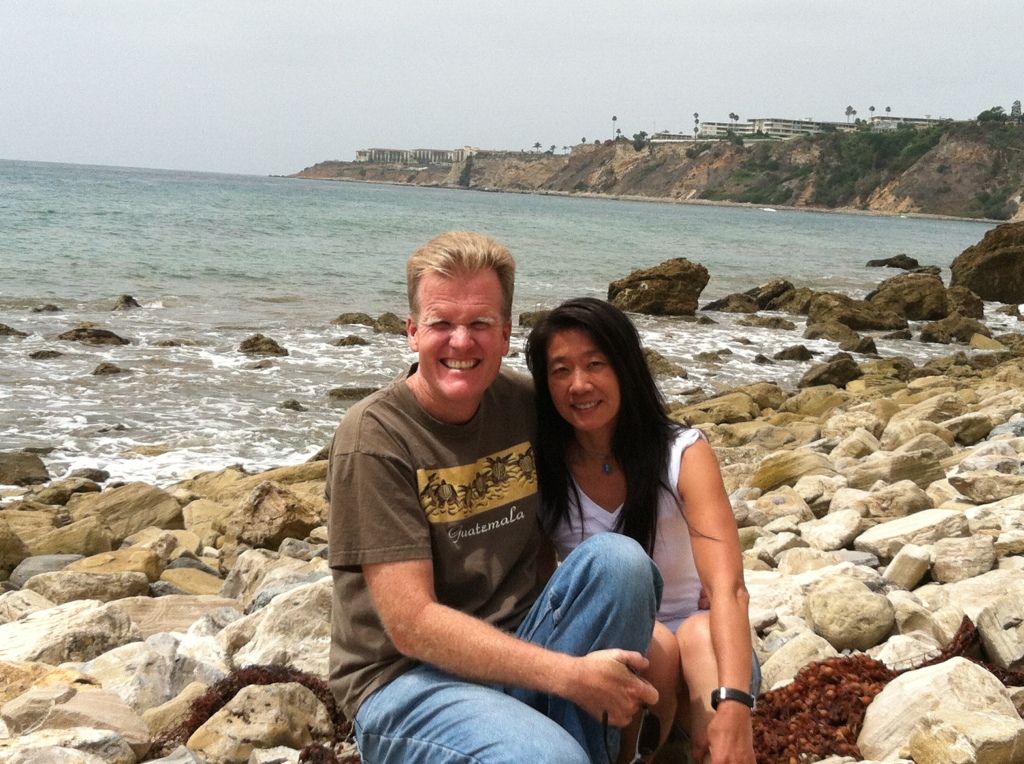 22 years of marriage in October

My church just held a marriage “retreat” in Pismo Beach. But too many are “retreating” from marriage. Seventy-five percent of couples in California end in divorce. The toll on kids has been staggering.

Dianna supported me through 16 years of sacrifice as missionaries in Guatemala. In the photo, she is with our daughter, Rebekah

It’s really worthwhile to work on your marriage. In my case, I can see comedy in it. On the one hand, the setting is romantic and the talks are inspiring. On the other hand, the wives feel incredibly empowered and tend to let their husbands hear all the way home all the areas he’s been messing up!

So I am happy! I have three areas to work on, and it is a blessing to commit to change, being considerate of your spouse, treating her with love and tenderness. Marriage can get mechanical. It should be passionate. Any ape can caste aside his partner looking for greener pastures. It requires a true man to listen to his wife and let her be right (sometimes). 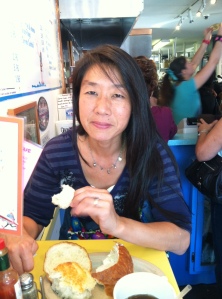 We ate at the Splash Fish Shack. Mmmm! She likes clam chowder in a bread bowl. It’s the little things in life that kindle romance!

Hope this inspires some guys: I am going to answer my wife’s questions even when she asks me the same thing over and over again. I’m going to be positive first, not start with criticisms. I’m going to make salads for her. Sorry for disclosing my privacy, but maybe it will inspire some dude to treat his wife more considerately (I think generally that is hard for men).

I just got a comment on my post from a lady who “lost the faith” after her Christian husband was repeatedly unfaithful to her. This haunted me. Men, let’s rise up and be the men of God we are called to be! Let’s not go this route!

The “retreat” is from the rat race. Let’s hope our (Christian) marriages advance!