All of 11 years old, Barak Lurie embarked on a Socratic quest to discover truth, concluded there was no God, and pronounced himself an atheist.

“It’s a very easy thing for a child to become an atheist because it is a childish philosophy. If you come to the belief that you can’t see, hear, smell or touch God one way or the other, and then say, ‘Well, I can’t see Him. Therefore, He doesn’t exist,’” Lurie says.

But at Stanford University something unexpected happened: while many students watch their faith wither away under the unrelenting scorn of professors, Lurie, who is Jewish, found God.

Surprisingly, it happened as he undertook an undergraduate honors thesis to document the wicked massacres of organized religion. 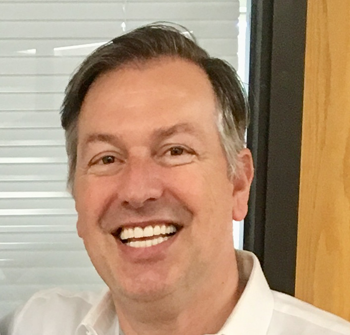 What his research found was that atheism was responsible for 10 times more killings than Christianity: about 200 million in the last 80 years.

Ultimately, Lurie, now 54, who is a profitable real estate/ business lawyer in a well-heeled Los Angeles neighborhood of Brentwood, turned his undergraduate research into an Amazon best-seller, Atheism Kills, published in 2017.

Lurie was not raised in an observant Jewish home. While his parents believed in God, they didn’t impose faith on their son and attended synagogue only once a year, he says. His parents emphasized deep thinking and didn’t push him to replicate their faith.

“It’s not as if I read Nietzsche at age 11. It wasn’t any one influence that brought me to atheism. It was the lack of influences. Atheism is almost a natural state. If you’re not raised with God or Jesus, depending on your faith, you can easily end up with atheism in your pocket,” Lurie notes. “It was unique about me that I was very interested in God one way or another. I just chose not to believe in Him. I felt that one needed to take a stand on it.” 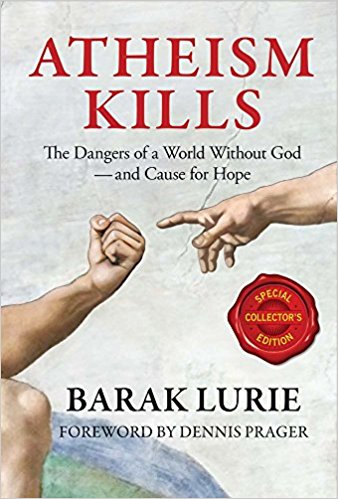 He lived in Connecticut at the time and attended a “very good” public school, where they rarely talked about God, if only to mock Him. Lurie brandished “a very poignant, very deep atheism.”

“I was very into it. I could argue it. I wanted to find arguments for my atheism.” I pushed it by talking to other people about it. I would ask them, ‘Do you believe in God? Why do you believe in God? Isn’t that silly? Don’t you feel that God is just the caboose in a long line of other gods that were summarily rejected over time?”

His parents had a mild reaction to his lack of faith. “My dad felt that organized religion was detrimental to society,” Lurie says.

He journaled logical arguments against God and scoured Ayn Rand, the renowned American atheist. His atheism flourished ever stronger.

Then he studied economics and humanities at Stanford. Oddly enough, it was his choice of thesis that brought him back to God. Lurie set out to prove the famous atheist mantra; that religion has been responsible for the deaths of untold millions.

But seeing that religion had been good and atheism had been bad throughout history didn’t mean God existed. He kept pondering and questioning. Continue reading about Jewish atheist turned to God.