Rasputin-like Manson mesmerized him until Jesus set him free 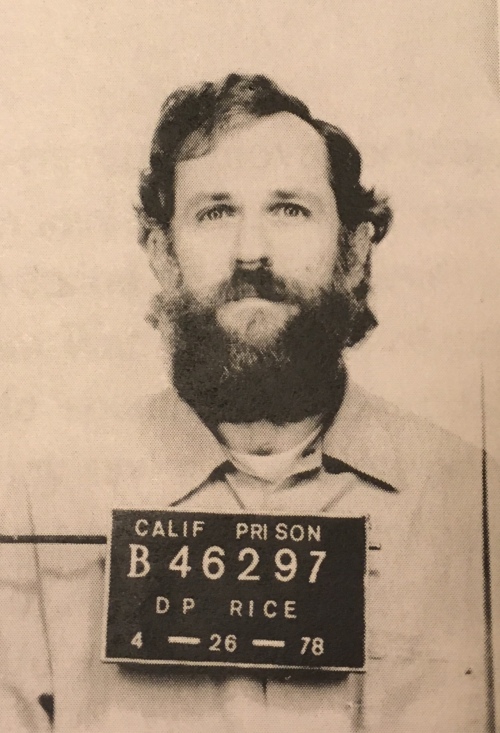 Dennis Rice had just stolen 160 guns to bust Charles Manson out of jail when the police pulled up. He and his partner blasted out the patrol car’s windshield with shotguns and sped away.

Cops filled his van with bullets in a wild chase lasting seven minutes. Shots even grazed his body. At the end, police from five police departments arrested Dennis, and he was never able to storm L.A. County Jail to free the mass murderer who had mesmerized him.

How Dennis fell in with the grisly Manson “family” who killed seven in a war against society is a story about drugs and the disaffected youth of the 1960s. How he came to Christ and became a pastor is the story of the forgiveness and power of God. 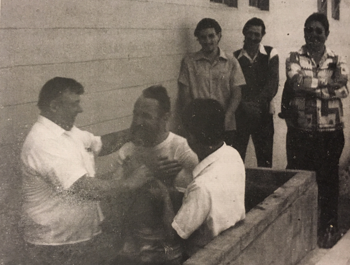 Born in Phoenix in the 1950s in the middle class, Dennis chose the path of a rebel. He was kicked out of school after school. He was attracted to “forbidden knowledge” and read Herman Hesse’s Siddartha and Louis-Ferdinand Celine’s Death on the Installment Plan, according to his self-published autobiographical pamphlet “Free Indeed.”

His self-styled philosophy justified reveling in sex, drugs and rock and roll with other hippies. He was deeply suspicious of any authority. After hitch-hiking in Mexico when he was 17, he wound up in San Francisco and fell in with the counter-culture Beatniks.

He also tried heroine and soon was addicted. To support his habit, he started committing burglaries. Eventually he got caught and went to jail.

Instead of it being a wake-up call, prison life only seemed like part of the adventure. He saw himself as an outsider, misunderstood and maligned by hypocritical society.

At a concert after his release, he introduced a girl to amphetamines. Eventually, she became his wife and mother to three children. With three children in the picture, Dennis decided to settle down and kick the drugs, but his wife could not.

The couple separated and Dennis found himself raising the kids on his own. He started working at an all-night bookstore in Hollywood. That’s when he first saw the headline in the early morning newspaper that actress Sharon Tate had been brutally murdered on Aug. 9, 1969.

While the homicide frightened him, there were signs of a “revolution” at the scene of the crime that resonated with him. The perpetrators had painted “pig” outside Tate’s door with her blood. The next night, there was another murder, a wealthy couple. Again, “Rise,” “Death to pigs” and “Helter Skelter” were etched in blood.

“I already believed that revolution was the only solution for America’s problems,” Dennis wrote. “I was an anarchist. I believed we needed to tear down the whole society and start over. Could this be the revolution?”

Eventually, police arrested Manson and some of “the family.”

On a Sunday with his three boys, Dennis decided to drive out to the Spahn Ranch where Manson’s group of outcasts became a psychotic cult that believed their leader was Jesus Christ.

While the boys rode horses under the care of some of the ladies at the ranch, Dennis talked with the men. Rolling Stone interviewed Manson in prison, and his humor came through in the article.

“I wondered how this man, who was accused of all these heinous crimes, could have a sense of humor,” Dennis said. “I was intrigued.”

He visited again. The boys finally had several ladies who acted as maternal figures. And Dennis enjoyed the discussions, the friendship and the sex he was getting at the ranch.

He visited Manson in prison, and the Monster of Mayhem began to exercise a Rasputin-like sway over Dennis. Read the rest about Charles Manson family.