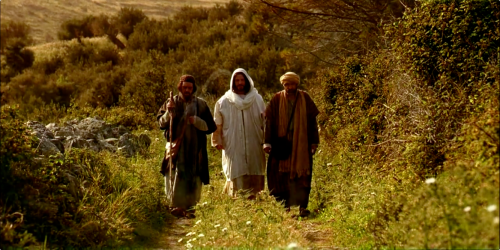 Circumstances can get you down to the point where you miss Jesus altogether.

Consider the case of the two disciples walking with Jesus on the Road to Emmaus. They are so bummed out by the crucifixion, they’re blinded by the crushing of their hopes for a Messiah to throw off the hated Roman Empire and restore Israel’s glory. Jesus walks with them but the depression blurs their vision so badly that they don’t recognize Him.

Now maybe other factors played a part. Maybe Jesus’ resurrected body was different (See 1 Cor. 15:44 at foot of this blog). Maybe he was shrouded by a turban (just because the Bible doesn’t say anything about it doesn’t mean it didn’t happen). But these factors seem to come up short.

What is sure is that these disciples were kicking themselves for not recognizing Jesus quicker. Discouragement played huge in missing Jesus.

As you go through trials, re-calibrate your vision to discern Jesus. He has not failed you or forsaken you.

1 Cor. 15:44 My paraphrase: The earthly body is sown a natural; the resurrected body is spiritual. 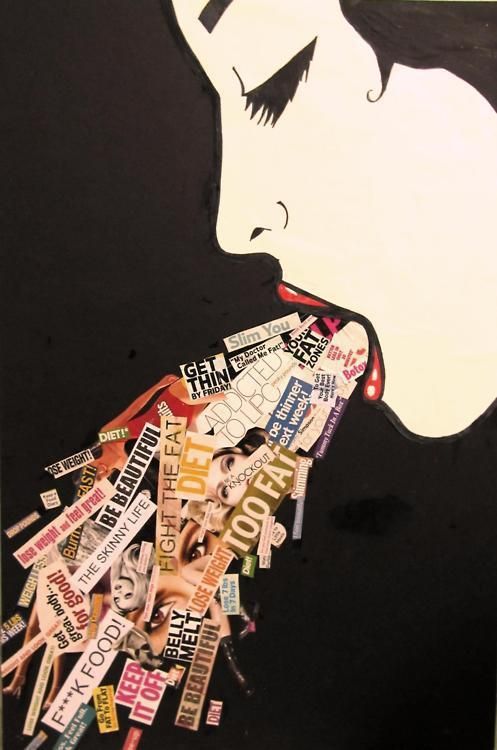 It only takes a few words to destroy a fellow human being. And some are actually proud of blandishing their words like a caveman his club. Meanwhile, the sensitive among are committing suicide — some only to their self-belief, their self-worth, their dreams. You will be held accountable by God for the words you uttered, and there will be no justification.

Use your words wisely. Here is a great secret of wisdom: not everything that occurs to your head needs to occur on your tongue.

Don’t give up on yourself 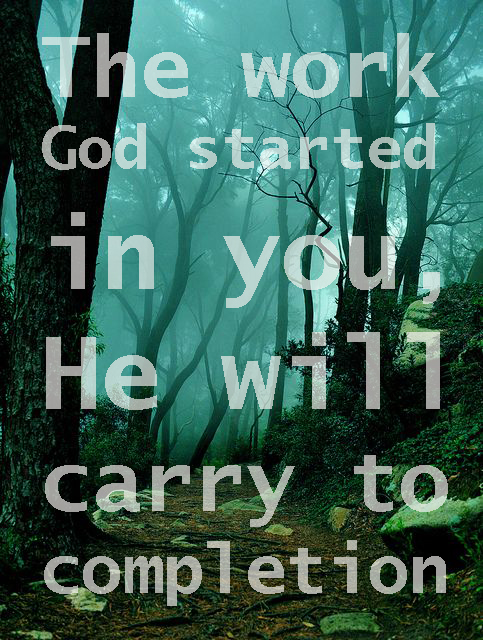 His mercy is ever-lasting. Be confident of this, that he who began a good work in you will carry it on to completion until the day of Christ Jesus — Phil. 1:6 NIV (syntax modified).

Picture credit: shannon van valin morgan on pinterest. I don’t own the rights to the original, and I’m not making any money on it. 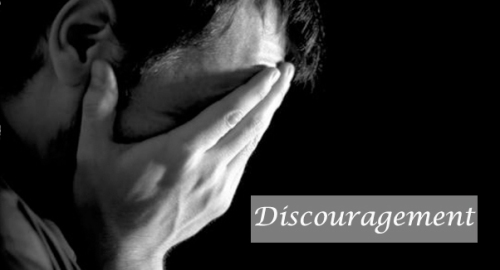 We tend to think discouragement is a feeling, not a sin.

But because of discouragement, Daniel’s contemporaries let themselves go. Exiled to Babylon, ripped out of their beloved homeland, deprived of hope, there was nothing to live for. With only depression, without a future, without hope, they might as well live it up. They would eat all the king’s delicious food in his service. Who cares that it contaminated them? that it was dedicated to idols? After all, what would be the point of consecrating themselves to God? All was lost in the exile.

But Daniel decided to avoid the unholy food and wine. He continued to consecrate himself to God.

At the end of the day, he never returned to Israel. He spent the rest of his life in exile, as a counselor (slave) to foreign kings. But he made impact for God in foreign lands. The book of Daniel is the account of how God ceased to be for the Jews only. He started being the God of all nations. Jonah, Daniel and Esther are necessary stepping stones to Jesus, who ultimately was and is the Savior of all nations.

While Daniel’s contemporaries lost hope, God was initiating a completely different plan. They couldn’t imagine what God had up His sleeve, so they “let themselves go.”

Daniel is a great example to me. 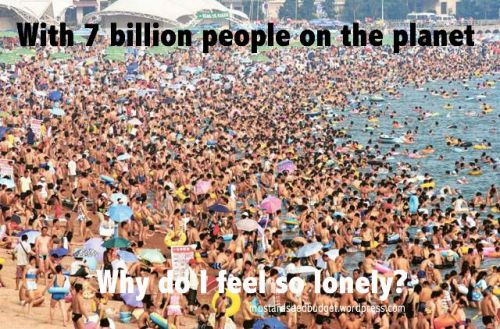 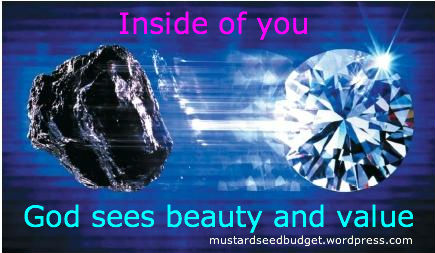 Posted on August 6, 2013 in Christianity 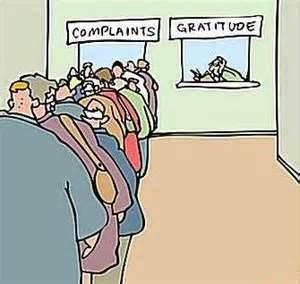 Fear of failure has a unimagined flip-side: the fear of success. The person who chokes because he’s afraid he’ll blow it comes under a cloud of doom. Ultimately in his decision-making, risk-avoidance becomes success-avoidance.

I know what I’m talking about. I have suffered from it. When I was the hardest-working, most experienced college reporter on the UCLA Daily Bruin, my editors handed me the opportunity of the lifetime, an investigative piece that would establish my reputation. I said I was too busy. 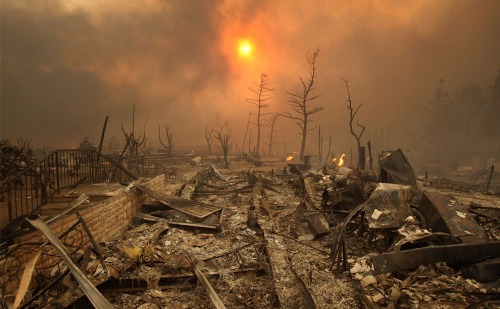 The guy who took it catapulted his career. I watched from the stands as a less-experienced reporter took to the field. 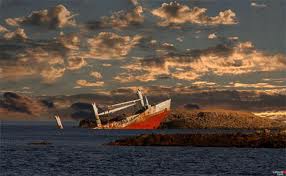 I have mulled over that decision lots. I have analyzed and psycho-analyzed it.

It’s better to risk humiliation and go out with a blaze than step to the sideline. But the nasty habit of self-brow-beating is no easy task for anyone who has wrestled with the low-self-esteem demon.

And this has hurt me:

2 Cor. 10:5 says, we must bring into captivity every thought to the obedience of Christ. For me, it is a struggle. I share these confessions in the hopes that others will be encouraged in similar fights. The enemy of our souls, the devil, wages war against our thoughts. Let’s pray for one another and support one another.

Tagged Christianity, depression, discouragement, Faith, fear of failure, how do I pray?, Jesus, pessimism, self esteem, turn life around 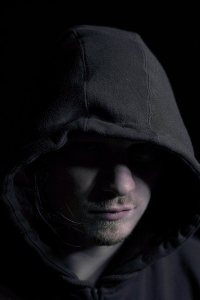 I have a stalker who regularly comes to harass me, and the Santa Monica Police Department can’t do anything about him.

Just because I constantly am trying to encourage others, doesn’t mean I’m free of discouragement myself. It is the contrary that is true: Because I struggle with discouragement that I try to help others. This helps me. 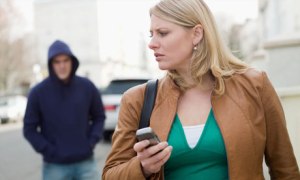 If you have this stalker too, then get rid of him:

As with any stalker, we don’t want to take discouragement lightly. He can do us great damage, and we need to take action.

Courage to face the day 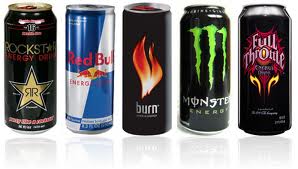 Some need their energy drink. I need prayer.

It would be too easy just to resign myself, to stop fighting, to “read the writing on the wall.” Nothing will stop approaching disaster. 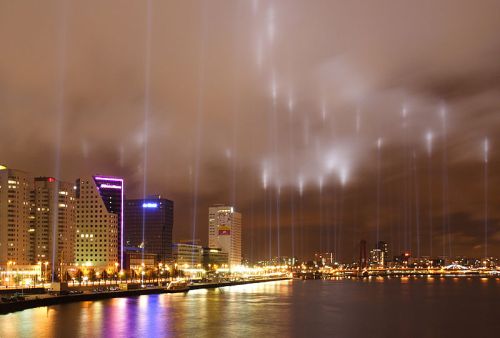 Give up, accept it, God is not going to do it this time. After praying for Nelly’s hernia for a year, nothing has happened. 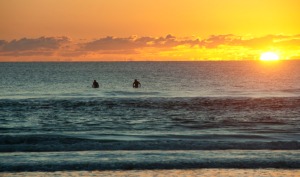 If I don’t go to prayer, I have a depressed day without faith. Murphy’s pessimism takes over my mind and heart. I get discouraged. Prayer pulls me out of the abyss. Prayer reminds me to rally faith in my heart, to believe, to continue to believe. Prayer reminds me that God gives last minute, glorious answers. Stay on track to faith.