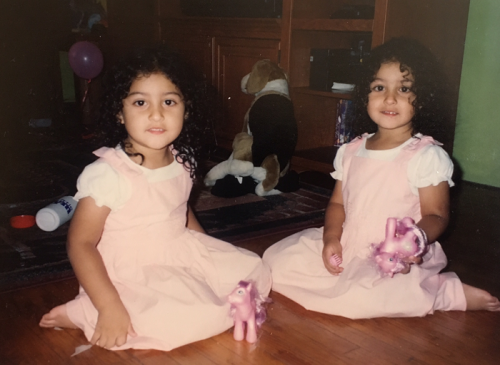 Everybody thought I was dead.

When a truck plowed into my car that fateful night, it pushed my crushed car all the way into the gas station. It finally came to rest just shy of hitting the gas pump.

By the grace of God, I survived. But, according to the doctor, I wouldn’t be able to get pregnant. The steering shaft had been driven into my abdomen and pierced my ovaries. The doctor explained that I should be grateful just to be alive. (This story is written by a mother at our Christian school in Santa Monica.)

For some reason, I had it stuck in my mind to have three children through two pregnancies. Of course that I meant twins.

As the doctor was explaining the cold hard facts with kind words, I didn’t pay too much attention. My faith was placed in Jesus, not on medical science. 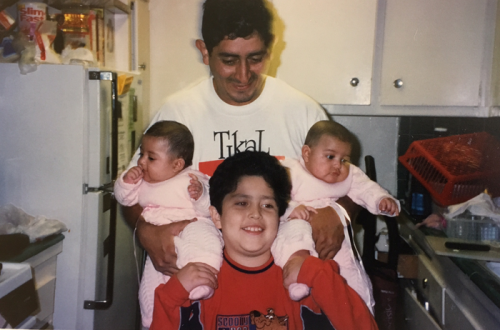 “Don’t worry about that, doctor,” I told him. “I will have two pregnancies and three babies because I asked Jesus for them, and I know that he will give me my children.”

I was released from the hospital a week after the accident. At the time, I lived in Florida. An immigrant from Guatemala, I came to America already a Christian. I got involved in a church where they taught you to pray with faith. And I never stopped praying.

At age 30, I married a godly man named Mauro Ivan Arango in December 1993. In September the next year, Jafet, my firstborn, made his entrance into the world. He was truly a miracle baby. My doctor couldn’t believe it. Read the rest of the incredible infertility story.

After setting a one-day record for patients seen, Lighthouse Medical Missions almost equaled it on Thursday with 720 in Coban, Guatemala. At a celebratory dinner, the state hospital director thanked the team for helping offset the crushing load of 100,000 patients yearly they see.

But the only number that mattered to Dr. Wright was the number one. One life changed.

At a time when all volunteers were in a flurry to alleviate daily sicknesses, post top numbers and take care of line that stretched down the block outside the Bible institute where the clinic was staged, the team leader waxed eloquent about slowing down, taking time to pray with each patient and fixing lifelong ailments.

That’s because Dr. Wright was not always the shining light of altruism that he is today. There was a time when he was a heavy drinker, who punctuated his successful family practice with liquor and drug use.

“I was at a point where I really didn’t care about my life. I’d go to work and I’d go home and I’d drink or use drugs or whatever,” Dr. Wright said. “I had hoped that the different things I’d done would satisfy my life, they would satisfy this thing inside. But nothing ever worked.”

The change came, he said, through a conversion to Christianity 35 years ago.

“Jesus lifted this burden off of my heart,” he said. “That’s when I got saved. God came into my life and really changed me.” Read the rest about our Christian medical mission.

Aided by an influx of local doctors, Lighthouse Medical Missions broke all previous records Wednesday seeing 760 patients in one day at its clinic in Coban, Guatemala.

The new high is all the more astonishing considering that LMM’s founder is in Santa Monica nursing his shoulder after surgery. Dr. Bob rued the missed opportunity to help in the countryside city in the mountain jungles where the green-and-red-splashed national bird, the quetzal, hides.

In fact, the 19-member team includes only one doctor. There are four registered nurses, two vocational nurses, an ultrasound technician and an army medic. The rest are students interested in medicine, translators and enthusiastic volunteers.

The practice of contracting local doctors to assist with the load has a long tradition in LMM, which for 20 years has gone mostly to Africa. But the local doctors sometimes abandon the job at half day to attend their own practices. And they often don’t adjust to the streamlined system of using pre-filled prescription cards.

Something special and unusual happened this year as the local doctors flooded and melded well, despite the language barrier. Read the rest about the Guatemala medical mission.