Rosencrantz and Guildenstern need to live 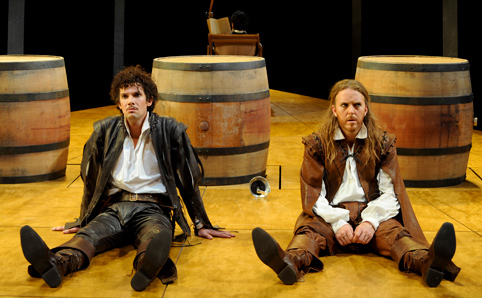 In Shakespeare’s Hamlet, Rosencrantz and Guildenstern are unwittingly betraying their childhood friend, Hamlet, and playing into the hands of the usurper Claudius, who by killing Hamlet’s father and marrying Hamlet’s mother seized the throne of Denmark. Hamlet appeals to them to remain loyal to him, but since they’re sycophants, they fawn over the king and don’t perceive his treachery.

So Hamlet kills them summarily.

They were — unknowingly — escorting Hamlet to his death in England. Hamlet opens the letter sealing his fate while his friends sleep on the boat from Denmark. Needless to say, Hamlet doesn’t appreciate them being his conduit to death (the letter orders England, a vassal state in the play, to execute Hamlet). So Hamlet rewrites and reseals the letter changing the object of execution to Rosencrantz and Guildenstern. Hamlet himself changes ship and boards a pirates’ vessel and heads back to Denmark while his comrades continue onward to their death in England.

Was Hamlet wrong to kill his buddies? Shakespeare leaves his audience with the sense that they got what they deserved.

But where Shakespeare leaves his audience happy with their death, Tom Stoppard in Rosencrantz and Guildenstern are Dead picks up their cause. Because they acted unknowingly, they deserved life.

Of course Stoppard is describing his existential cosmovision, a bleak view that life is meaningless, death inevitable and destiny cruel. I don’t share his vacuum view of leadership, but I heartily applaud his taking up the cause of the anonymous, the defenseless, the voiceless.

Every life is valuable. None should be disposed of because of convenience. One person cannot assign importance — or lack thereof — to another human being. God has instilled incalculable value to every human being.

At the sprightly age of 61 years old, Santa Monica pediatrician Bob Hamilton is running the L.A. Marathon this month – and he’s subjecting himself to this grueling pain just to raise funds for medical missions in Africa.

“You just do it,” Hamilton said. “You have to keep moving or you become inert. It’s an opportunity to further the cause.”

Then, with a mere 10 days to recover, he’s leading his 23rd group of doctors, nurses and other volunteers into the most desolate corners of the earth. Twenty-two brave souls are heading to Mwanza, Tanzania, March 25 – Apirl 6 where they’ll diagnose patients and hand out free meds, toys and reading glasses.

At his age most doctors are thinking only about visiting the golf course, but Hamilton shows no signs of slowing. His Lighthouse Medical Missions has become a regular contributor to health in West Africa. A container of food and supplies recently arrived there from Hamilton and crew.

Read the rest of the article here. This is my article that originally posted in the Santa Monica Patch. Dr. Bob goes to my church.

Those people who are dying from Ebola… We know them. 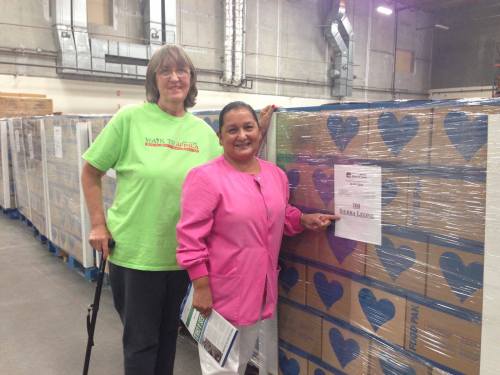 Cheryl Tormey (behind) and Dal Basile, Lighthouse Medical Missions volunteers, with food to be shipped out to Sierra Leone.

With Ebola on the one hand and beheadings on the other, Santa Monica-based Lighthouse Medical Missions cancelled its Fall trip and instead is sending a container of food and medical supplies to West Africa this week.

Dr. Robert Hamilton – a Santa Monica pediatrician who’s braved dangers since 1998 to provide care to some of the neediest people on the planet – was originally eying a trip to Lebanon to care for Syrian refugees. But then jihadists began killing Westerners in retaliation for the U.S.-led air war against the Islamic State.

On the other hand, the usual Fall trip to West Africa was also ruled out because of rampaging Ebola infections.

So Dr. Bob, as locals affectionately call him, figured he could do the most good by simply sending supplies to Sierra Leone, where he has contact with 100s of pastors and church members who virtually work as permanent Lighthouse staff to help local needs 365 days a year. Lighthouse Medical Missions has realized 20 clinics, almost all in Africa, at a total cost of $1.5 million, Dr. Bob said.

Read the rest of the article and find out how to pitch in:  Help with Ebola.