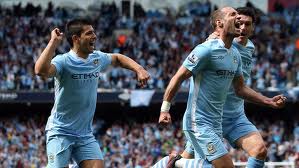 Manchester City hadn’t won a national championship for 44 years. That’s a loooooong time. But this underdog English team just flouted critics and one-upped their overbearing, always-winning neighbors, Manchester United. I’m not a City fan, but I like people beating the odds.

Their victory was purchased at a high price. Oil-rich owner Sheikh Mansour bin Zayed bin Sultan Al Nahyan dished out an estimated $2 billion to assemble some of the best players in the world on his new team. It’s the new reality of soccer. Whoever pays most, wins. 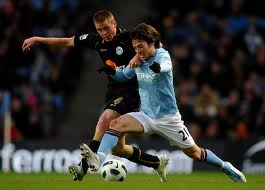 But the most interesting thing about this is the comparison to the Kingdom of God. Because our Heavenly Father bought us for His team too. And His purchase was for extremely much more than $2 billion. It was the blood of His one and only Son. Think about it, if you have undiminishable riches, then any price is nothing. But then if you have only one son, that’s going to hurt you to fork over.

So you have been bought with a HIGH PRICE. And you are part of God’s winning team. Live inspired today, tomorrow and forever. Let this knowledge motivate you to minister your “utmost for His highest.”