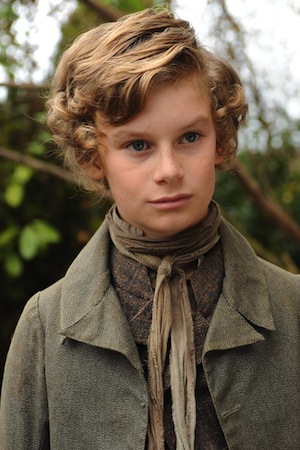 From the moment Estella despised his coarse hands and thick boots, a shroud of shame hung over Pip’s life, in Charles Dicken’s Great Expectations.

And that’s how Pip came to despise his dad, Joe Gargery, and his life’s destiny as a country blacksmith. Pip strives to become a “gentleman” but instead becomes a snob and a spendthrift. When his sham of a life implodes, it is the humble blacksmith, Joe, who pays off his bills.

Shame is dynamite to blow up family, loyalty and values. When we live for others, we lose ourselves.

Shame entered the world with the first sin and continues to rage, a byproduct of sin. Paul exhorts us to never be ashamed of Christ (Rom 1:16). Only worry about receiving praise from Him.

The worst crime is the one done against children because they are defenseless. They are born to innocence and play. They believe in the good nature of everyone and cannot understand evil. To deprive them of love, warmth and goodness, to destroy their innocence is the worst of evils.

Pip has been wronged. Miss Havisham set him up to fall in love with Estella, and she did this only to delight in seeing him be heart-broken. This evil design she perpetrated since his childhood in Charles Dickens’ Great Expectations.

At the end of her life, she begs forgiveness. Her usually air of superiority gets dashed. She abandons all noblewoman’s dignity and shockingly falls to her knees to cry in repentance. Her money, her family, her nobility mean nothing. The only thing now is to be granted forgiveness. She feels the full horror of what she did too late. Pip does not withhold the forgiveness for a second.

We have all be wronged as children. Born with sin in our nature for Adam’s fault, we all wake up eventually to the attractions of temptation and become sinners. Jesus has come to restore the innocence, the beauty, the joy of life.

No longer does her riches matter. At the end of her life, Miss Havisham has lost the adopted daughter she treasured. In Charles Dicken’s Great Expectations, Miss Havisham steeled Estella against the inconstant love of men. She only wished to spare Estella from her own heartbreak; she had been jilted on her wedding day. But in trying to protect Estella against the dangers of love, she made her incapable of love.

She also made her an instrument of revenge upon all men.

A tease, Estella was drilled on how to break hearts. She would wreak her Miss Havisham’s vengeance.

Stunned when Estella turns against her, Miss Havisham moans alone on her vast estate in the wee hours of morning. Nothing is left, nothing matters.

So she tries to do good. To Pip whom she trapped with Estella’s beauty, she now asks for forgiveness. No longer the haughty rich woman, she falls to her knees and begs desperately to have played with Pip’s emotions such that he was tortured by unrequited love for almost 20 years. He willingly and readily forgives her.

The dramatic scene from the book highlights a hugely underrated satisfaction in life, that of being forgiven.

As you move along in life, you accrue wrongs to yourself. You offend and sin against people dear to you. You become burdened with guilt and regret. The antidote is not more sin, drugs, alcohol or therapy. It is forgiveness.

First and foremost, mankind has need of forgiveness from God. Second from his fellow man. Third, he has need to forgive others. This is true bliss.

Revenge is not sweet; it is bitter. Forgiveness is sweet.